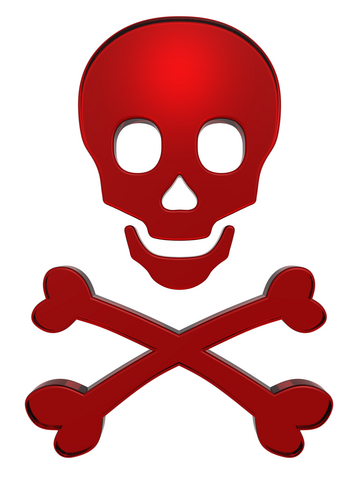 This is another way to allow sellers to list their homes and for buyers to buy them, resulting in a deal without having to pay a commission!! Sound familiar? I wrote a post several weeks back about another such Zillow link designed to side-step brokerages and to allow deals to get done without the "interference" of an agent:

MAKE ME MOVE...Another Way To Take Money Out of Your Pocket!!

Meanwhile, the push to get agents to pay Zillow for their own listings has heated up and here in the Hamptons now there are more and more agents buying into it just to survive.

It is a major shakedown that Zillow is doing--like the mafia---making you pay for "Protection" of your own listings!!! By the way they now have THREE ways for owners to list their properties with Zillow so they can do direct deals--with no commission at all!

Unfortunately, informing our fellow agents has had very little if any impact--I have been blogging about this since 2007!! It is a fact that Zillow has a stated goal to put ALL brokerages out of business and they are well on their way to doing just that.

A CONSERVATIVE GUESS OF THE IMPACT ON SOUTHAMPTON ALONE

Zillow just bought out our local MLS! So not only do they have the local brokerages GIVING their listings to Zillow, they are paying them a huge fee to do it!!! Ah, the absurdity!!!

It is not easy for an agent to stop paying them especially if they have been doing it for a while and it begins to appear that Zillow is the source of  their income!! However, Zillow is NOT doing what you think they are doing!

Think about that! And then multiply that by 6 major offices here in Southampton alone, that is about $360,000 for 6 months from those who are paying them!!!---Multiply this figure by 7 (for the number of Hamlets here) and it looks like Zillow brings in approximately $2,520,000 every 6 months just in the Hamptons!!

I hear it is actually a conservative amount if you are paying them only $1000 a month. Realistically it is more like $2,000 a month per agent from those who have found out you NEED to pay that amount or more just to get valid leads!!!

Add into the equation, the fact that we have well over 2000 agents on the East End of Long Island. The Hamptons is made up of 7 small hamlets and our business is made up of over 80% second home purchases...

THEY WILL PUT YOU OUT OF BUSINESS AND IN PERSONAL BANKRUPTCY IF YOU KEEP GOING BACK TO THE WELL! THERE ARE TOO MANY AGENTS AND NOT ENOUGH PROPERTIES TO MAKE A SIGNIFICANT AMOUNT OF MONEY!

I'm certainly not a proponet of this!  Pull the feeds as far as I am concerned!  The local phoenix market is already fighting a version of this with offerpad and opendoor.  It will obviously vary by market...but I wonder how zillow will do with this once the markets shifts over to the buyers and values start to drop!

Stephen: That will be interesting indeed! I often wonder about market changes and how a major downturn might affect how these sites work for the public. But then I remember that Zillow came along at the time of our worst recession ever and they appear to have taken the real estate community by storm--Most brokerages were pulled kicking and screaming into the abyss. Agents didn't seem to see it as an expedentiture they couldn't afford--they used it as ad costs. However, now that those "ad costs" have gone sky high just to get your face next to a listing that is not yours--(to get a lead who thinks you are the listing agent and who turns away in anger when they find out you  are NOT) and to realize the damage this can do to your reputation and your standing in your real estate community--well, it is now a very different story. Maybe it is evolution playing into the profession. In order to evolve, one needs to survive AND prosper, not just survive!!

I think it is a brilliant stroke and I will always giver them credit for innovation.

Joe: Sounds to me like you must be paying them a fortune! The only agents whom I have found to be happy with Zillow are those who have fallen into the thrall of the this company and pay, pay, pay (give, give, give) until it finally catches up to them. Your slip of the tongue, where you say "giver" instead of give lets me know that on a subconsious level you do see the light!! All humor aside, thank you for taking the time to read and comment here!

Paula Hathaway, REALTOR, Sr. LBA, I don't pay Zillow, realtor.com, homes.com, or anyone. Don't presume you know what i do. I do recognize brilliant marketing and if agents paid more attention to what is really going on and the threats that are out there that makes Zillow look like just another media company trying to earn a living, then we have agents that are successful instead of paranoid.

Kathy: Thank you so much for the vote of confidence!...and for the recognition that I know comes from your Weekly Post!!!

Paula Hathaway, REALTOR, Sr. LBA, I am pleased Kathy Streib selected your blog post today for republishing. It says what many feel, yet are without the courage to write.

Zillow is really good, probably the best when it comes to Technology. But when it comes to the people side, their focus is not on building rapport, building trust, or referral business - it's not even honest. The algorithms are just numbers - they don't tell the whole story, especially for the local market. A computer can never replace a human being. It was wonderful Kathy Streib chose this one for the weekly feature. You did a great job!

Great post!  I can see why Kathy chose to highlight it this week!

Kristin: Thanks--I'm so happy she did that because if there is a story that needs to get out there it is this one!!

Good morning Paula. It is a bribery scenario and I hate that. There are always folks who prefer human contact and accuracy.

Good morning Paula, as long as there are agents supporting Z, T & R and some others, they will continue to do well. I had been talking to a FSBO for some time, his house is not listed in Zillow. Those who decide to sell/buy without a professional are asking for trouble.

Sheila: I agree--but the problem is the individual who goes after leads in this manner will never be able to see the real issue--they do not have the vision it takes to see the end result. They only think about now and what they perceive as an easy way to get business wihout undestanding that it is eroding our (all agents) reputations even further for the buying public!

Beth: This is true---just a few really bad scenarios will create the biggest problems for all of us...There is a reason that the government saw fit to require licensing on the part of all who participate in the, listing and selling of real property! I shudder to think of what the brokerage business will look like in the next few years if we don't get our act together and make demands of the powers that be to recognize what we have seen coming for a decade now! I don't know what form regulations will take but the idea that these large "entities" have insinuated themselves between the states licensing requirements and the buying/selling  public is a high crime and requires immediate attention...IMHO.

Here is the latest STOP ZILLOW petition that is quickly gaining ground with over 15K signatures as of today.  https://stopzillow.com/

Hi Darin and Mary--Thanks so much for the link...This is so important and I have already sent it out o to all my offices here in the Hamptons..We will see if they take it seriously enough to sign....I have signed and one other agent whom I know has as well...

When the industry gets transformed, not all Realtors will survive the cut. Nothing lasts forever, and Realtors need to be realists. If not Zillow, then another disrupter will arrive. Seek to understand the coming changes and adjust accordingly.

Re-blogged I have signed the petition as well. Thank you for the post.

Thanks for signing the petition...i don't know how much it is going to help. I just discovered that Zillow now owns Streeteasy, HREO and RealNet, all of the listing companies that we use here in the Hamptons and Manhattan....We are now absorbed into the giant and have no choice as to whom we can use to  list the porperties that we have diligently pitched and that we spend money on to advertise, do open houses etc....a huge expense! Now Zillow owns ALL the content that we have gathered and they are charging all of us for the use of our own content and the websites that are the avenue to be used by the public to contact us----they own us lock stock and barrel! The other day all of the systems went down and we had nothing for over 24 hours---very scary indeed.