“Nantahala” is a Cherokee word meaning “land of the noon day sun,”
Here are a few reasons why we think you should visit Nantahala!

Lake Nantahala is a lake located in Macon County, NC and is considered one of the most pristine pure lakes in the southeast. Built in 1942, Nantahala lake has over 30 miles of shoreline and an average depth of 100 ft. Lake Nantahala has an elevation of over 3000 ft and an average temperature in July of only 86 degrees. The cool water provides excellent conditions for fish that include trout, bass, catfish, walleye crappie, sunfish, and even freshwater salmon! Lake Nantahala is the only lake in North Carolina to have Kokanee Salmon. Lake Nantahala is a perfect spot for those who want seclusion without having to worry about crowded waterways and boat traffic.

The Upper Nantahala River begins in the Standing Indian section of the national forest and flows miles through the Upper Rainbow Springs area into Lake Nantahala. The Lower Nantahala River is an 8 mile stretch of beautiful majestic scenery.  It is the perfect summer getaway. Since there is a lot to do on the river, many people each year visit to raft, fish and enjoy the outdoors. The average water temperature is in the mid 50’s which the locals always tell the visitors its not cold its “refreshing!”  The river is known for its rafting and kayaking qualities.  It has class 2 and 3 rapids and is perfect for the beginner to experienced rafter or kayaker.  Although it is regularly stocked by North Carolina Hatchery Supported regulations, it is home to one on North Carolina’s healthies populations of wild, stream-born Brook Trout. The river also has self-sustaining rainbow and brown trout with the current state record brown trout, weighing in at 24lbs 10 oz and was caught on the river in 1998.  The ecosystem is robust and specimens of 10lbs or greater are fairly common!   The Nantahala River is home to the Nantahala Outdoor Center or the NOC as often referred too.  The NOC provide guided white-water trips as well as Ziplines, Hiking, Camping and restaurants. The New York Times places NOC very highly as high quality adventure destination.

The Nantahala national forest is the largest of North Carolina’s four national forests with over 530,000 Acres. Nantahala is surrounded by US forest service so it’s no surprise that there are numerous hiking trails around the area. Wayah bald is a popular vantage point with an elevation of 5,200 feet where, on a clear day, you can see Tennessee. The Appalachian trail offers a variety of hiking options in Nantahala. There is multiple full-featured campground as well as primitive and group campgrounds. Also, there are numerous mountain biking trails and waterfalls to explore!

The Nantahala is rich with high attitude properties that have spectacular Nantahala views or are on the Nantahala river or are Lake Nantahala frontage.  Some special properties occasionally have all 3 of those features. We have some listed right now!  Many of our clients enjoy the pristine and pastoral settings also found in the Nantahala. The Nantahala is truly a special area known for being desirably remote but close to awesome fishing and the wildlife such as grouse, turkey and bear. If you own property in Nantahala, you will be able to walk out backdoor and into NFS for thousands of acres for hunting, exploring, fishing!

Robin, what beautiful photos of your area, and definitely an area to check out, and your home for sale in gorgeous. 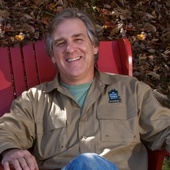