Most Phoenix-area residents should have their home’s chimney cleaned after they’ve burned one or two cords of wood.

That chill in the air is finally here, and that means many Valley residents — once they’ve dutifully checked the weather forecast for no-burn advisories, of course — are dreaming of relaxing in front of their wood-burning fireplaces, enjoying the warmth and associated warm-and-fuzzy feelings.

And chances are also that many of these folks will be pondering such questions as, “I wonder if I should have the chimney cleaned?” and “I wonder if this chimney has ever been cleaned?”

While there’s no precise rule as to when a chimney needs to be cleaned, Becky Derendal said a local rule of thumb is that most Phoenix-area residents should have their home’s chimney cleaned after they’ve burned one or two cords of wood.

The owner of Phoenix-based Arizona Chimney Sweep said most folks around the metro area can go a few years between cleanings because of our more infrequent use here of fireplaces. That said, if there’s ever a question as to when a prior cleaning occurred, or if one has ever been done, it’s always best to go ahead and have a cleaning performed.

“You at least want to have an inspection and make sure everything is still working properly,” said Derendal, who started the still-family-owned business in 1985 with her late husband, first as a part-time venture so she could be a stay-at-home mom.

So what can go wrong with a fireplace? Quite a few things, actually.

Frequently, the damper — the device that opens and shuts inside the chimney, allowing air to flow inside your fireplace — will get sticky and won’t open all the way, she said, or cracks can develop inside the chimney.

An inspection will also reveal if there are any combustible materials situated too closely to the chimney; roofing materials, tree branches or vines can pose a fire hazard. And a chimney sweep will also see if there’s anything in the chimney that shouldn’t be there.

Many homes also don’t have chimney caps, also known as spark arrestors, Derendal said, so a chimney sweep can go ahead and install one for generally less than $250. These metal caps are important to have atop your chimney, as they keep sparks from shooting outside the chimney and keep rain and other things from getting inside and wreaking havoc.

Probably the biggest problem, though, is creosote. The sooty, tarry and flammable deposit builds up on the walls within a chimney naturally over time, and if gets too thick, it can become a real danger.

“Creosote is your worst enemy,” Derendal said, because while sparks from a fire will often self-extinguish after alighting on a creosote-covered chimney, occasionally they will also ignite the wall of creosote and cause flames to shoot out of the chimney. And that can lead to a whole host of issues, the least of which is a chimney fire.

“A lot of people aren’t aware of the dangers of their fireplace,” Derendal said, “and I don’t want to scare people, but you need to at least be aware. Fireplaces are a beautiful feature, and they have such a great ambience. For me, a fireplace is just so relaxing. But you want to have people enjoy your fireplace, and you want to know that it’s safe, and a good cleaning really isn’t that expensive — it’s under $150 — so it’s almost silly not to have it done.”

An inspection takes maybe a half-hour, an inspection and cleaning generally runs an hour and while this is the high season for this kind of work, Derendal said there’s never a right or wrong time to get your home’s chimney cleaned. The company also cleans dryer vents, which are yet another fire risk for homeowners.

“We love off-season business, too,” she added, “so just get a cleaning done when you’re comfortable doing it. It gives you great peace of mind, and it’s never too late.”

One just needs to witness a chimney fire to realize how important regular cleanings and inspections are worth! 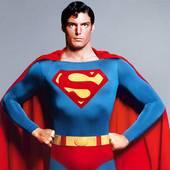