When comparing the homes in your area, you need to take into consideration more than the square footage of the home. For example, if two houses are across the street from one another and both are for sale, most people would assume that they are around the same price. However, it very well could not be the case. Let's say that one home has completed basement, while the other has basement that is not finished. This will improve the asking price of the first home. Furthermore, if some homes have the same square footage, but one home has another bathroom instead of having the larger bedrooms, then the home with the second bathroom is going to ask more.

However, what happens when your home does not compare to the others in the area? In this situation, you will find that you are going to have to ask something that you may not believe is really the true worth of the house. If potential buyers look into your area and see that you are asking something that is a higher percentage than other homes in the area, they are more likely to bypass your house. Even though, your home may be much better than those in the neighborhood. In this situation, you need to talk to several different appraisers to find out what they believe would be a fair asking price and go from there. However, prepare yourself for a letdown because these appraisers will also consider the area, this may mean that in the end you get paid much less per square foot as other homes in the area.

When people put their homes on the market to be sold, a common concern is the asking price. The seller wants to get as much money as possible for their home, however, if you begin with a steep asking price the chances of buyers even looking at the property is slim. It is really a fickle position to be in. One of the most common ways to determine if the asking price is reasonable is to look at the homes in the area that have sold and what they were asking for them in the beginning. You will want to make sure that you look at homes that can compare to yours in terms of upgrades, square footage and lot size. 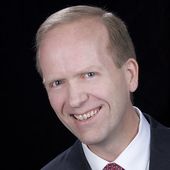