We all know the pain of losing a big real estate transaction.  It hurts.  I sell between 60 and 80 homes a year in Austin and my average transaction is around $375,000.  I’m always aiming for bigger deals.  I also own a real estate brokerage with 14 or so agents.  My goal is to get out of production in the next couple of years, and I can only do that by bagging bigger real estate transactions that bring in enough revenue to help me coast and work on marketing, recruiting and bringing in more leads for an agent.

For the last couple of months, I've been helping a buyer find a property in the South Austin zip code of 78704 and we were looking at homes from $900,000 to $1,300,000. He was buying remotely and I was going out every few days with a GoPro and a stabilizer and doing video walkthroughs.  We were under contract with a $1.2M Bouldin Creek property when these awful sellers (who happened to be attorneys), decided they could get a higher offer and decided to contest the sale under some BS technicality.   My client put up a fight and even went to mediation, but ultimately laid down because these guys were litigation attorneys and it would have cost him about $50,000 to fight.

We bail out of that and hit the ground running again.  After about 2 more months of answering emails and getting videos, I get an email saying that he will be in Austin next week and wants to find a property THAT week. I get to work, finding off-market properties and doing videos and then, today I get an email (two days before the tour) that states he has to go to Germany for three months and will be putting his search off until at least September.  It read like a "Dear Jane" letter though.  That's beside the point.

The point is that I am trying to build something that doesn't matter what that brings in enough revenue where I have time to work on the agent business, which will bring in revenue where I don't have to be selling myself, and that is really hard to accomplish.  So I am going to hit the ground running, aiming for the bigger deals that buy me more time to get the agent business off the ground.  It's not easy, but it's the plan to get out of the rat race.  And that's where I WILL be soon.  Persistence.

Bummer Ryan :( you have so much amazing stuff you are working on right now behind the scenes - I'm sure your efforts will be rewarded soon! 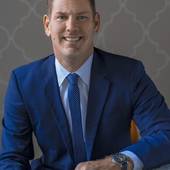