Over the past few months, I have seen a lot of apartment construction in progress, not only around the Rim - La Cantera area off IH-10 just outside Loop 1604 but in other areas of San Antonio, as well.

The San Antonio Business Journal reports that our area will need 53,890 new apartments by 2030 to keep up with demand, according to a new study commissioned by the National Multifamily Housing Council and the National Apartment Association.  The study lists an aging population, international immigration, and declining home purchases as the reasons for the increase in demand.

Other metro areas where demand for new apartments is expected to increase include Raleigh, North Carolina, 69.1 percent; Orlando, Florida, 56.7 percent, and Austin, 48.7 percent. Dallas-Fort Worth and Houston are expected to need an additional 266,296 and 214,176 new units, respectively.

Thank you for posting such an informative blog, Shirley Parks ! 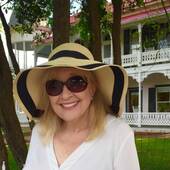