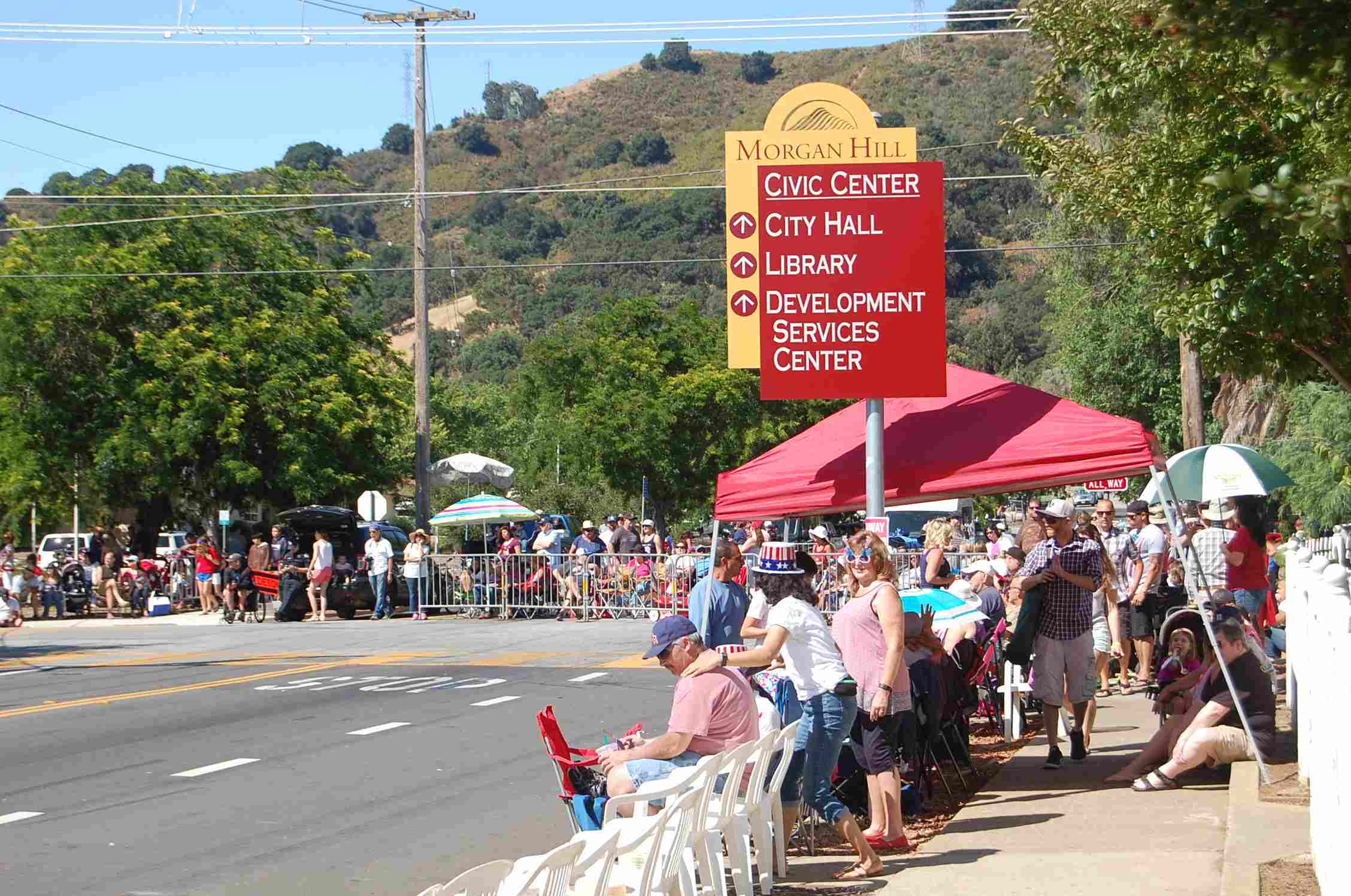 This is Morgan Hill's 141st anniversary of the Independence Parade. Freedom Fest’s Fourth of July parade, and thousands of participants and spectators displayed their patriotism like only a small town like Morgan Hill which had continuously since 1876 except brief for World War II interruption. Another parade is called Red, White and Blue roses sponsored by the Alameda Association near Rose Garden in central San Jose, CA since 1901. Here is a Fiesta del Las Roses parade prelude from TV channel 5 (Rose White & Blue Parade).

This year the weather is warmer and the floats are good. A lot of proud Americans who's relatives are serving the country and vets including Lawson Sakai who served in France during WW2 are in the parade.  I don't think he has missed a single parade for third -forty years. Not sure how he kept his army jeep running either.

As the town is getting bigger you see more crowd. This year the City council person did not mind having chairs chained together a month away. All the shady spots were taken way way before the holiday. Well.

The following new homes in Morgan Hill are to be released or under construction. You can contact me for details and showings at 408-425-1601 Sam Shueh