At Legacy Mortgage we are constantly seeking ways to enhance our dedication to our clients and real estate partners. Our postition as an innovator in the field of real estate finance allows us to help you make informed decisions regarding your customers mortgage financing. We have scoured through the financial reports for the week and we wanted to share the information with you. Please let us know if we can be of further assistance to you and your valued clients.

There are several important pieces of economic news scheduled to be released this week, but two stand out above the others. There are a total of five reports scheduled for release, so it could be considered a fairly active week. There is no relevant data due out today, so expect the stock markets to help drive bond trading and mortgage rates.

The first piece of data is the release of April's Retail Sales data early Tuesday morning. This is an extremely important report for the financial markets as it measures consumer spending. Since consumer spending makes up two-thirds of the U.S. economy, this data can have a pretty significant impact on the markets. Current forecasts are calling for no change in sales from March to April. A weaker than expected level of sales should push bond prices higher and mortgage rates lower Tuesday. However, a larger increase could fuel bond selling and lead to higher mortgage rates.

Wednesday's only relevant report is April's Consumer Price Index (CPI). It is similar to next week's PPI report, but measures inflationary pressures at the more important consumer level of the economy. Its results will be watched closely and can lead to significant volatility in the bond market and mortgage pricing. Current forecasts are calling for increases of 0.2% and 0.3% respectively in the overall index and the core data readings. The core data is the more important of the two since it excludes more volatile food and energy prices.

April's Industrial Production is Thursday's only relevant news. It measures manufacturing sector strength by tracking output at U.S. factories, mines and utilities. It is expected to show a 0.2% decline in production, indicating that manufacturing activity is slowing. A larger decline in output would be good news for the bond market and mortgage rates because it would indicate that the manufacturing sector is weaker than expected.

There are two pieces of data due to be posted Friday. April's Housing Starts is the first and is the least important of the two. This data measures housing sector strength and mortgage credit demand by tracking new permits and actual starts of new home construction. It is expected to show a decline in new starts from March's readings. But, since this report is not considered to be of high importance to the bond market, it likely will have little impact on mortgage rates unless it varies greatly from forecasts.

The last report of the week is May's preliminary reading to the University of Michigan's Index of Consumer Sentiment. This index measures consumer willingness to spend and usually has a moderate impact on the financial markets. It is expected to show a reading of 63.0, which would be a slight increase from last month's final reading. If it shows a decline in consumer confidence, bond prices will likely rise. This should lead to mortgage rates moving slightly lower Friday.

Overall, it likely will be a moderately active week for mortgage rates. Besides the week's important economic news, look for the stock markets to be a major influence on trading. We suspect we will see a fair amount of volatility in stocks, which should affect bond prices. Significant stock weakness should translate into bond gains and lower mortgage rates. However, if the major stock indexes rally, we could see mortgage rates move higher as a result. Keep in contact with your mortgage professional this week for updated rates. 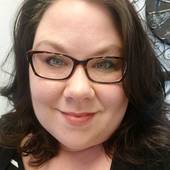