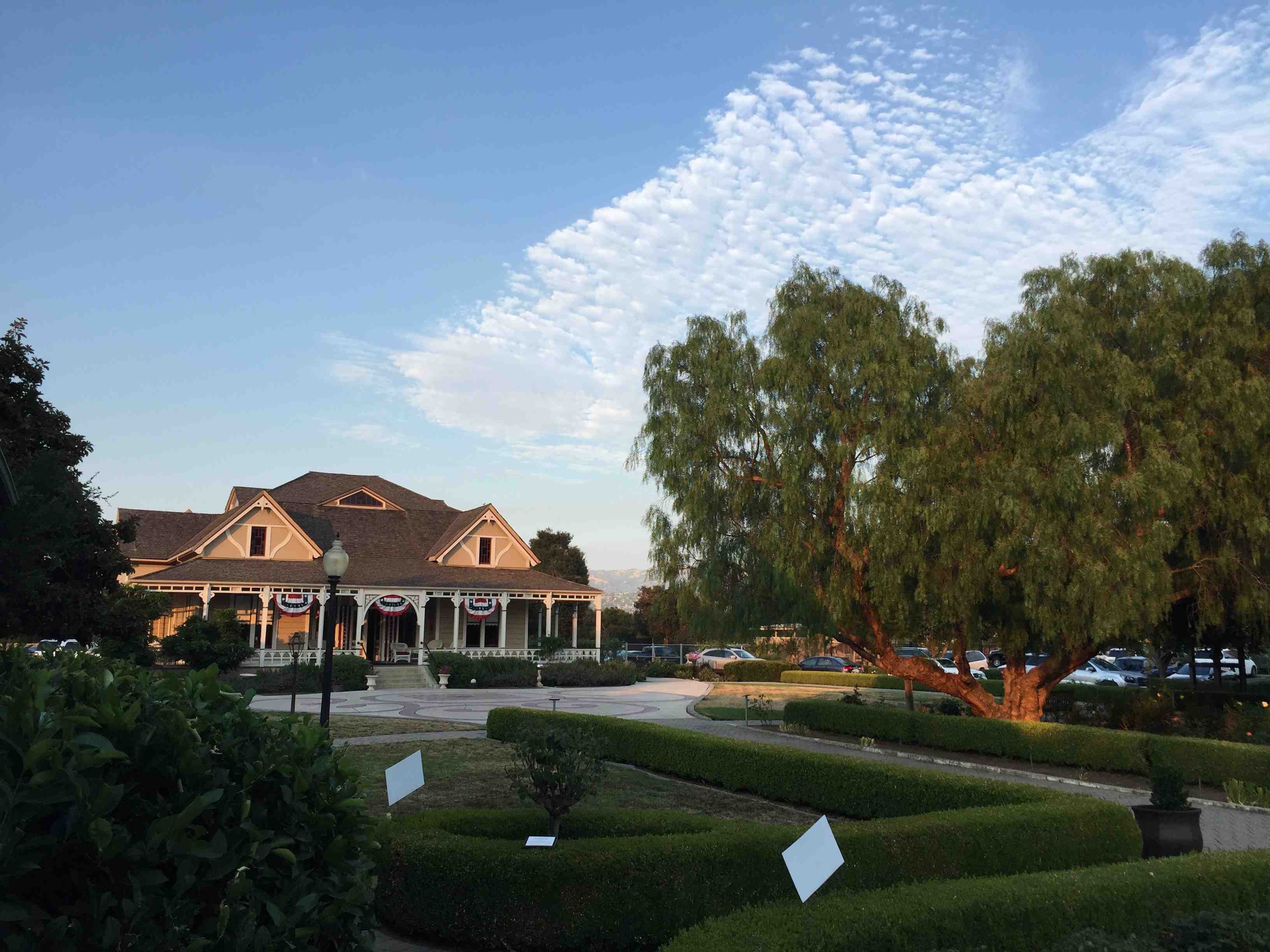 Morgan Hill, CA is in a suburb of San Jose (aka Silicon Valley) about 15 miles south of San Jose.  It is now considered a bedroom community of Silicon Valley. Many new comers often assume the 800 ft mountain on west with a view of the Pacific Ocean is what the city is named after.  The name of the hill is actually named after two bulls fighting and charged at an early pioneer on El Toro.

The area is a ranch once owned by the H. Morgan Hill family. A Downer Party survivor Irish family named Murphy who owned 70,000 acres of land and City like Sunnyvale, Murphy in CA. One of Martin Murphy Sr daughters, Diana Murphy who met a handsome male fashion model Hiram Morgan Hill who worked at Emporium Dept Store in San Francisco. They had a summer cottage that they came as weekend get away on their 4,500 acre ranch. They built a modern estate (see photo above) in 1884 and dubbed the estate as Villa Mira-Monte (El Toro mountain view in Italian) behind the southern Pacific Railroad.  Six years later, they sold most of their land by keeping the 200 acres in what is downtown Morgan Hill around Villa Mira-Monte. The family moved to Nevada later. The area was incorporated in 1906 as a town and over the years names changed from Huntington, MorganHill to today's Morgan Hill, CA.   This home has been restored by Morgan Hill Historical Society is held for local events.  The name Huntington Station was researched and validated by myself. City has no historian so they got me instead. They hold wine tasting, photo gallery for the local photography display.

Morgan Hill was 17th most expensive place in America to own homes in 2014. Housing would be more had headquarter of Apple, Cisco and HP all move here. Due to resistance from executives who insist to live close to San Francisco it remained as small town with rural setting. Today it is enjoyed having many sports celebrities who often own very large lot estates as there are still land to develop.

Custom large homes still look affordable than most parts of San Francisco South Bay.  The recreation facilities are ample. There are home with views of Lake Anderson, Chesbro and Uvas. There is a housing construction boom with many major builders filling the needs for new homes needed.