I am always interested in what other Realtors produce for video around the world. Gleaning what I like for use, avoiding what is boring or distasteful. With well over 100 videos under by belt for the past six years I have learned a lot about what to do and what not to do. Sometimes looking back at the early ones in disbelief. One "learned" tool is analytics. Analytics that reveal what viewers watch and for how long. I’ve seen videos 7 minutes and longer. Unless you're Tracy Adkins with a documentary on the Creamery at Two Rivers (my favorite real estate documentary of all time), your video should be short and to the point.

Six questions to ask before hiring someone or doing your own video:

Does a luxury home require a longer video than a condo? Most likely, it depends on each property and its surroundings. The condo may have several restaurants, boutiques and shops in the area with spectacular ocean, metropolitan or other views. The amenities may be the main attraction for marketing with a clips tying the condo to the amenities with suggestions of relaxing in the condo toward the end with the views in mind. How do the views of the area tie in to the property itself? Are the views a big part of the character, the feel or the mood of the property? Are views a “major” selling point for the property? Whereas the luxury home may have unique interior or exterior property appeal that requires some imaginative shots to make stand out.

Having shot longer videos in the past to reveal homes and surroundings I made the same mistakes then I see some are making now. As a business/marketing major, I wanted to know how many people viewed each video. I didn’t know that I could track how long they watched. This was pre-YouTube Analytics. Having found a third party program for analytics (back then), reality sank in, people were falling off like flies within a specific range of time. Telling me to shorten the videos. YouTube now offers the same information and more. Side note: I also noticed somewhat faster sales with shorter videos. Hmmm.

Studying statistics I found that analytics complemented what statistics disclosed. Viewers tend to fall off between 90 seconds and 2 minutes 30 seconds. That time has grown shorter in 2017. It’s more like 60-90 seconds today. Tomorrow, it could be even shorter.

Statistics show the average attention span of an adult is 8.5 seconds. So, videos should be a series of clips shorter than 8.5 seconds. Some (clips) I have seen last 20 seconds or longer. Personally, I try to keep mine to 1 to 4 seconds. Well within the 8.5 seconds to keep recreating interest. The human brain can absorb an image in less than a second. A series of flashes creates desire to see more. The human brain and imagination will fill in the gaps.

Acquiring that knowledge I changed the intent or purpose of my videos as well. I’ve turned from revealing to seductive. Like a trailer for a good movie, I want to entice viewers, to create a hunger for more information about the home, to seduce the viewer’s mind. Think of that short captivating, emotional building, alluring trailer for a video that creates a desire to go to the theater to see the movie. Isn’t that the goal of the trailer? That has become the purpose for my videos today. It is hard not to add more clips and make the video longer, especially for those luxury listings. So, I offer two versions to for two types of viewers for luxury listings. A short trailer like version to get viewers to the end where my intent is revealed, and a longer version for those who want to see a little more before getting to the intent. The intent for luxury listings is to get them to the next viewing of the home, the 3D virtual tour. The intent to non-luxury is to keep the home in the viewers mind. A technique I was taught by a cinematographer that I’ll save for another article.

Here are two samples of videos used in the MLS for a current listing. The first is the short version. The second is the longer version. Both leading to this 3D Interactive Virtual Tour.

First is the short unbranded 60 second version as seen by Buyers in the MLS.

Next is the longer 2 minute 38 second unbranded version as seen by Buyers in the MLS.

Each video with a different intent for viewers of different levels of interest and patience.

If it's a movie with a plot, short snippets can tell the story. When people want to evaluate if they should go see a home, I think slowing it down so they can absorb some more detail is beneficial.

You would think, but, that would defeat the purpose. The intent is to give a glimpse to get Buyers to the virtual tour. If you took advantage by taking the 3D virtual tour, then I got you to where I wanted you to go? Not everyone will, only those who are actually interesed or those who just like to look. The virtual tour is where Buyers can look around, look up look down, walk through the home and get a feel for the layout. I used to edit longer clips for every scene and was losing viewers quickly, having little impact on sales. I have since learned by trial and error.  The full video does have some longer clips for the important rooms; kitchen, master bedroom, living area and outdoor living. Remember, the intent it to entice, not to reveal. I video taped a home for a fellow Realtor that was high priced for the area, it sold within a month. The Buyer insisted on that same style of video for selling her home. Again, high priced for the area. It sold in 10 days. Usinge the same style. Similar homes by the builder of her new home on the street where she bought her home, listed through another Realtor (brother-in-law) using traditional means of photos took 3 times longer to sell and for less. Something to think about. It's a newer way to market homes. 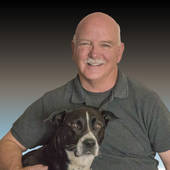