Welcome back to my Oakville-Milton housing market blog!

We have seen a shift in the housing market:

The median Oakville-Miton residential sale prices have fallen - see below:

Looking back, we have the following:

Note: Although 2017 compares very favourably with 2016, as above, the median figures have started dropping in 2017 over the past few months. This can be caused by 2 main factors: Same category prices have starting falling and that the mix has shifted to lower cost alternatives (condos & town homes) rather than higher end detached homes.

Note: A recent report of the Teranet-National Bank National Composite House Price Index suggest otherwise, but is likely due to its basis being that of sales closing in May that were probably (mostly) sold during the peak period earlier in the year.

Some thoughts on these recent developments:

1) More domestic buyers may now be 'sitting on the fence' waiting for even better deals, plus an increasing number of would be sellers may be getting concerned and have placed their homes on the market fearing price reversals. We have witnessed an increase of "days on market", a reduction in multiple offers and over askings.

There has been a subsequent increase in inventory (supply).

2) Wynne's measures may have slowed the housing market which largely fuels our GDP growth.

3) The 'wild card' is interest rates -- what will mortgage lenders do now that BOC has increased its rate?

The market impact of mortgage rate hikes can not be over emphasized, for example, a family holding a $750,000 mortgage pays an extra:

Some may not have the ability to absorb the extra payments.

"The chief economist of the Canadian Real Estate Association says homeowners in the Greater Toronto Area should brace themselves for a possible tax on speculative home purchases."

Additionally, will we see further tightening / regulation of the mortgage market, due to concerns on high debt ratio loans?

4) Foreign investors may be re-thinking buying housing units based on the 15% speculation tax.

5) A similar Vancouver speculation tax did see some initial market impact, but it did recover and continues its climb.

That said, we have recent developments in Vancouver that indicate "shadow banking" may have started, increasing mortgage default risks. This could threaten the Vancouver housing market stability(*).

(*) "A number of cases involving these lenders contain allegations with characteristics similar to the fraudulent loans exposed in the aftermath of the U.S. subprime lending crisis of 2008. Postmedia’s review of over 30 regulatory or civil court cases shows a trend of allegations that home buyers and real estate professionals are involved in deceptive mortgage applications that include exaggerating the incomes of borrowers, forged documents of home ownership used by multiple borrowers to obtain mortgages, phoney claims of offshore assets used to back home loans, falsely inflated collateral accepted by subprime lenders to fund real estate development loans, and falsified CRA tax return documents."

1) Ensure a great marketing plan is put in place to gain maximum exposure.

3) Flexibility on pricing should a time sensitive sale be required

1) Although the market has softened we may experience another Vancouver situation where pricing rebounds and sets new highs. Timing seems key here.

2) Conditional sales may be considered due to increased inventory allowing greater due diligence (e.g. home inspections)

1) The Oakville-Milton area remains a highly desirable place to live based on continued votes to stay: The Toronto area along with Vancouver are considered "world class" cities.

2) The region is generally regarded as socially & politically stable. Risks associated to geopolitical changes do not seem likely as compared to other areas of the world.

4) Downward pricing pressure on detached homes & luxury properties may be the initial target (as was the case in Vancouver), and a greater shift towards lower priced town-homes and condos may result. Especially units under 1MM due to BOC regulations.

5) High Immigration numbers and restrictive land usage continues to fuel growth (Supply & Demand). For those that can't afford higher end housing, they still need to live somewhere, so will buy within their price range or rent and create demand in those sectors. 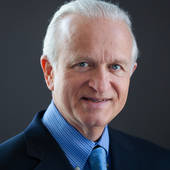