Shortly after graduation from college this blogger was employed as corporate convention manager for a division of Siemens, temporarily headquartered in Atlanta’s Perimeter Center.  Few friends then had heard of the corporation. One had to spell it out and describe it as kinda like the German General Electric.

When the growing company purchased land 15 miles north for permanent HQ offices, our otherwise visionary & brilliant president did everything in his power to secure an Atlanta PO Box or even a Roswell address.  He could not bear to pronounce the weird sounding place or see it embossed on his stationary: Fast forward some decades.  Most Americans know Siemens.  Alpharetta may still sound a little odd, but few these days avoid it as their address.  Quite the contrary.

Perhaps in a movement begun way back by my former employer, Alpharetta has come to be known as the Technology City of the South.  It is home to over 600 diverse tech firms, including IT, biotech, software, finance, data centers & an abundance of support firms to make them all hum.

Without a traditional walkable southern town square, Alpharetta for years lacked any central pulse.  First came Northpoint Mall.  Popular & upscale, but it is still … a mall.  With inherent mall sprawl. Less than a mile from Avalon, ACC (as we predict it will come to be known) will be home to a myriad of additional fine shopping, dining & residences.  Focus here will be on authentic local businesses.  The developers make a point to exclude national chains.

Plans are afoot to connect Avalon and ACC via an inviting, walkable & bikeable pathway. Next again comes Halcyon, by the developers of Avalon, now emerging in the Forsyth County sector of Alpharetta, 2 exits north on GA 400.  With a focus on green space, Halcyon will connect via nature trails & parks to the Big Creek Greenway.  Oh ya, there will also be fine shopping, dining, recreation & residences.

From an outpost the boss didn’t want to call home, to a thriving hotbed now attracting more & better of everything, Alpharetta is unquestionably a community to watch – or call home. 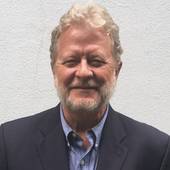