Summer in Lake Tahoe is a very special time of the year.  We have so many wonderful events for our North Lake Tahoe – Truckee locals, second home owners, and visitors to enjoy.

Seeing one of the outdoor plays at the Lake Tahoe Shakespeare Festival is one of those events that should be on everyone’s summer to-do list!

Over the past few years we’ve had the opportunity to see several of the Lake Tahoe Shakespeare Festival plays.  Each one has been very well done, and has brought us back the next year for more summer fun and enjoyment.

If you aren’t familiar with Lake Tahoe Shakespeare Festival, this is the 45th Anniversary of outdoor Shakespeare plays in the greater Lake Tahoe area.

They originally started in 1973 at the Ehrman Mansion in Sugarpine Point State Park, Tahoma, CA on the West Shore of Lake Tahoe.  In 1976 the Festival moved to Sand Harbor (part of the Nevada State Parks) just south of Incline Village, NV, which is where you’ll see today’s performances.

We have now seen both productions this summer.  The first was earlier in July, William Shakespeare’s Love’s Labour’s Lost.  A tale of men swearing off women for their studies, and the unexpected arrival of a Princess and her entourage who cause comedic trouble for the scholars.

It’s a wonderful play, and the actors give impressive performances.  It was fun to see several of the actors and actresses from previous seasons and plays back in another Lake Tahoe production.  Our area is very fortunate to attract such a gifted and talented group of professionals! I’ll admit my exposure to Shakespeare has always been very limited to what was presented in English class; however, there is something to be said about being able to watch and experience a play that was originally developed and written over 400 years ago performed right in front of you, in the year 2017!

My point for those of you who are still little unsure on seeing a Shakespeare play, take a chance and see one at the Lake Tahoe Shakespeare Festival.  The setting, and experience are worth trying something new and unfamiliar.

If I haven’t sold you on taking in a Shakespeare play experience, then check out their other production!  This past Sunday evening, we saw The Hound of the Baskervilles production written by Sir Arthur Conan Doyle, adapted by Steven Canny and John Nicholson, and directed by Charles Fee.

This play is non-stop laughter and is the perfect choice for those that have never seen a Lake Tahoe Shakespeare Festival play, or production!

The Hound of the Baskervilles was a very funny story about Sherlock Holmes and his trusted friend, Dr. Watson. The antics they get into are very funny as they solve the murder-mystery involving the Hound of Baskervilles.

This play has an extremely talented cast, and the three actors perform as different characters through-out the evening and each character adds to the laughter and folly of each scene.

We really did laugh non-stop, and the actors were amazing.  Their interaction with the audience from the beginning to the end was outstanding, and in my opinion is what really made this performance so enjoyable!

The director and production staff really knew what they were doing.  After intermission, the actors started off by once again engaging directly with the audience.  It started by reading a “Tweet” which offered a critical review about the first act.

I won’t give it away for those that haven’t seen the play, but the addition of reading the “Tweet” and adding “#Fakespeare” reference was a very clever way to tie the play into today’s current culture.

How they kicked off the second act was zany, crazy, fun, and I thought it was brilliant!  Well done Lake Tahoe Shakespeare Festival!

In addition to the plays, the Festival is also offering special one-time showcase events including dance, music, performances, along with a young Shakespeare program.

They also allow you to bring in your own picnic dinner and beverages. The only caveat is your picnic supplies must be able to fit underneath your seat, so forget dragging in a hard-sided cooler if you’re in a seated section.

For both evenings we had wonderful seats, and our excellent summer weather was perfect for being outside in the evening.  It was just right. Warm enough to not even need a sweater.  I do recommend brings a jacket, or light throw blanket just in case becomes too cool , or windy.

We arrived early enough (make sure to allow extra travel time for road construction, and to find a parking space) for a glass of wine, some cheese and crackers, and then the performance began.  At intermission we let our diets go and splurged on the individual cheesecakes they offer on their food menu.  I had the espresso chocolate cheesecake, and Craig had the lemon version.  We can both highly recommend these intermission treats!

Part of our summer fun does include buying tickets to the Lake Tahoe Shakespeare plays and it's not too late for you to see a play too!

Now is the time to get your tickets and see one of the performances at the Lake Tahoe Shakespeare Festival this summer!

Laura I would love to go to a couple of these performances, loved the picture you took, Endre

I would enjoy these plays, Laura and glad you got to see them. Summer is just right for outside music and drama events. 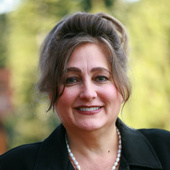