Our guest speaker at the Maui General Membership Meeting in July was the renowned economist, Paul Brewbaker.  Mr. Brewbaker is always entertaining in addition to having a ton of information on the real estate market.  In the past, he has talked of the real estate market being cyclical with 10 years being the longest cycle in recent history.  Given that we are now in year 8, this was of some concern so we eagerly tuned into his current forecast which he called "the up-escalator of life".

Mr. Brewbaker has revised his outlook and no longer views the real estate market as ready for a correction.  He thinks it's quite possible that values will continue at the modest 6% rate of appreciation given current circumstances. He was emphatic that he did not see a bubble such as the one that peaked in 2006.  With continued increase in prices and anticipated increases in mortgage rates, those looking to buy should do it now and not later.  Those looking to sell should also do it now before higher interest rates reduce the number of buyers who can afford their home.

Groups:
Posts to Localism
Outside Blogs

I agree. This is a solid market. No bubble burst or correction is coming. Land is limited. 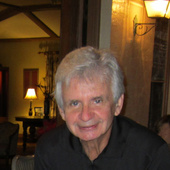