This HGTV show represented it as listed for $275,000 and gave the buyer agent credit for selling it for negotiating the price down - credit which the agent gladly took for the sake of publicity.

We are know that these "Reality" shows are not reality.  In this particular case, these buyers had long purchased a property yet were shown as shopping, and acted as though they were seeing the unit they already owned and had furnished for the first time!   But the worst was the misrepresentation on price and the agent's willingness to go along with it.

We spend our time educating buyers about pricing and what they can expect from negotiations.   Shows like this give buyers completely unreasonable expectations and make those of us who warn buyers not to expect this kind of discount look bad.  "Flip or Flop" is another example of luring consumers into a fake reality at thier expense....

Good morning John.  And unfortunately, most of those who watch these shows have no clue and don't believe us when we give them the truth.

Good morning John. An example of why the public has a hard time with reality. Enjoy your day!

Good morning John. I find that these shows are beyond the pale too and are more staged than real. Too bad.

I did a video on youtube about the fakeness of Flip or Flop and when a few months had over 40,000 views and people wishing me dead in a few comments. People wnat to believe this is reality and the fact that they are so vicious in their comments is disturbing.

In our Sellers' market that would be quite a trick...too much of HGTV is not

really in our minds, "too much a good thing"...it is a fantasy land people would like to think exists !

Thanks so much for revealing the fictitious world that these shows' thrive in. I gave-up on these programs years ago, particularly when the public began referring back to episodes as truth and as believable as Z's zestimates.

I almost had the opportunity to be on a show with a couple hunting for a log cabin. The problem was, we didn't have enough log cabins on the market.

"That's not a problem," said the producer. "We will use the home they currently own and then can use a couple other homes that have sold recently and basically recreate the buying process."

In other words, let's all pretend this is happening even though we all know it's not.

Its all staged and for entertainment purposes only. Unfortunatly, the public thinks its real.

What!! Reality TV is Fake??

And I was wondering why my buyers didn't pick one of the just 3 homes I'd shown them (that for the most part didn't have many of the features they were looking for)...

"Reality TV" for HGTV is such a misnomer, but so many believe what they are seeing. The deliberate misrepresentation is particularly disturbing. How about a disclaimer at the satrt of every show - the story you are about to see is fictional.

John first off all Great to Meet You!  Thanks to Kathy I didn't miss your post.  And I'm not surprised one iota about these shows being 'fake'.  But....the public keeps watching them and thinks it's how it really works.  Time after time we have to educate our buyers that HGTV is not reality but rather fiction.

One of my listings was used as the also ran several years ago - the buyers in that case also had already bought their new home.  Sort of shakes your faith in people (LOL)

A realtor had his show and claimed he is a movie star on his resume. It got blasted on the internet as fake by several real estate professioners. He defended his ego. Not long ago he was charged using investors funds for personal gain and profit was written off with faked receipts.

"acted as though they were seeing the unit they already owned and had furnished for the first time!"

How amazing many of us in the world of Real Estate are covered by RESPA rules, but TV shows can mislead and misrepresent the facts to buyers.  I too enjoy these shows but also know the reality these HGTV shows.

Just wrote a post on this very topic recently, John P. Wells ... yours and mine could go hand-in-hand.  I know these shows are supposed to be entertaining .. but they do real damage.  Consumers' expectations are set when watching them.  They see them as somewhat educational.  They are not ...

It is amazing how many of these shows purport to be reality but the only reality is in the minds of the "fan!"

I stopped watching HGTV years ago...the staging shows are pretty ridiculous. Unfortunately, viewers think they know all there is to know about staging and real estate from watching these far from realistic reality shows.

I love that you are sharing your experience to shed some light.

One of my favorite sayings is... "Perception is Reality"

I watched a couple of the shows a few times and instantly realized they were fake...  and quite frankly should be against the law... 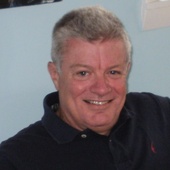