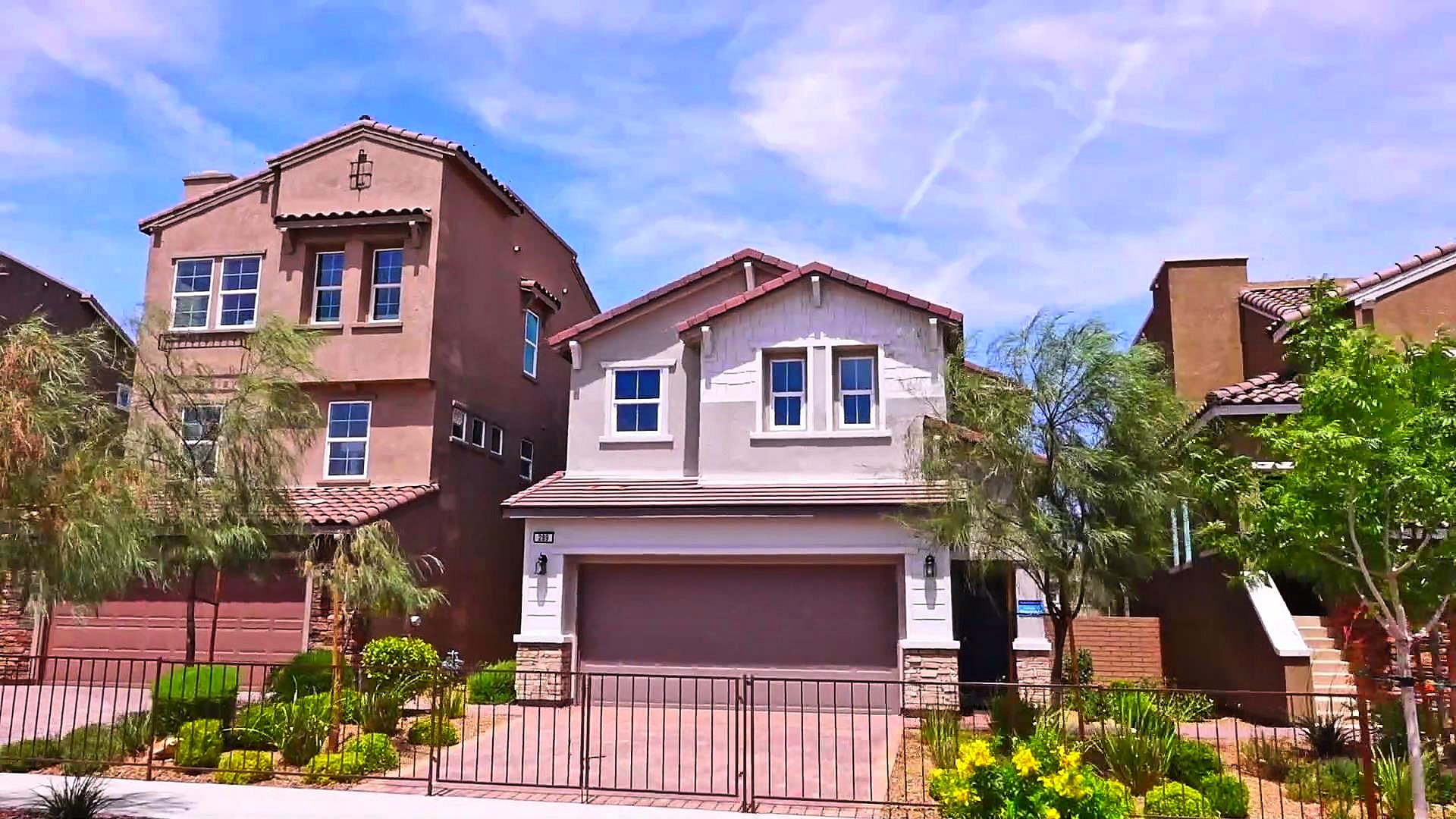 Cadence in Henderson has become a popular choice for New Homes in Las Vegas, NV.  Located in the southeast valley, this Master Planned Community has really grown since it's soft opening in December of 2014.  It was recently named one of the top 25 best selling communities in the nation for the first half of 2017, by RCLCO.  Also this year, Cadence reached a milestone of it's 500th home sold.

From it's beginning with four model homes from Woodside Homes, it's since been joined by CalAtlantic, Richmond American, and a guard gated, age restricted 55+ community Heritage by Lennar Homes.  Cadence now advertises it's 30 home models with 55 available floor plans.  You can find single story, or two and 3 story with some models having optional rooftop decks.  Lennar's Heritage also has floor plans with an RV garage, or a Multi-Gen suite with attached separate living quarters for family or guests.

The community's first phase Central Park, with lake, play area, picnic tables, restrooms, and walking path opened with the community.  It's second phase included a resident's community pool and splash pad that opened in 2016, and currently has an Adventure Park being added, along with a dog park said to be opening later this year.  Throughout Cadence you can also have parklets within in the neighborhoods and more parks are planned, with a total of 450 acres of open space on build-out.  In the age restricted Heritage, they offer those residents a 20,000 square foot Heritage Community Recreation Center with indoor and outdoor pools, fitness, picnic areas, sport courts, and more.

Cadence was also designed to be pedestrian and bike friendly, with single lane streets that include bike lanes, similar to another Henderson Master Plan, Inspirada.  One difference here is the Cadence Bike Share program made available through Social Bicycles.  Another is that Cadence residents have free WiFi in the community's parks, with outlets at the Central Park Amphitheater for charging your devices.

You'll also have access to the City of Henderson's Trail System, which connects to the 34 mile River Mountains Loop Trail that goes through part of the Lake Mead National Recreation Area.  Plus nearby access to Clark County's Wetlands Park with it's trails, Nature Center and Preserve.  Also in the vicinity of Cadence are other local amenities, including Lake Las Vegas with golf, water sports and dining, and Tuscany Village with it's Chimera Golf Club and restaurant.  You'll also find the Cowabunga Bay Water Park, the new Henderson Hospital and other medical facilities, and a large shopping, dining, and entertainment corridor anchored by Galleria at Sunset Mall and Sunset Station Hotel and Casino, along with Interstate and Beltway access, all a short drive away.

So what else could have made Cadence a popular choice for new home buyers?  You might want to check out this master plan's fantastic views of both mountains and city lights that include the Las Vegas Strip.  Or possibly want to see the new schools that have been built in and near it.  You could even be interested in projects that are planned and said to be coming soon to the community.

In my video I'll give all you that, plus an idea of what is happening in the local resale home market, and touch on a myth of Las Vegas.  Plus a look around to view different home styles and find out about their sizes and current price ranges.  For all this, just hop in to see what Cadence has to offer for your new Las Vegas area home.

Roberta LaRocca - It seems that Candance is the best choice for the new buyers.