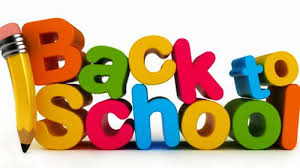 Can you believe the summer is already almost over and the kids will be going back to school? Me neither! Here are some fun facts about back to school craziness to help you cope!

1. There are approximately 33 million elementary school children in the U.S, 17 million kids attending high school, and 8.8 little ones in nursery schools and kindergartens.

2. All told, including college students, and about 78 million kids head back to school every fall.

4. There are about 8 million teachers in the U.S.

5. Add in parents, school staff, and retailers, and it’s hard to find someone not impacted by the Back to School exodus every year.

6. Back to School has also become its own shopping phenomenon. In fact, the majority of parents will spend more than $100 on back to school shopping.

7. The average family spends $700 in school supplies every year, adding up to $80 billion in annual sales!

8. They have plenty of choices where to buy back to school clothing and supplies, with 7,351 children and infants clothing stores; 25,214 shoe stores; 6,823 office supply and stationery stores; 6,888 bookstores; and 7,898 department stores.

10. Many kids (and not to mention their parents!) experience some nerves or extra anticipation based around the first day of schools.

11. According to surveys, the 5 worst expectations from elementary school kids include: Homework, Switching schools, Getting up early, Tests, and Math!

12. Didaskaleinophobia is the acute fear of going to school, which affects about 2.4% of all children.

13. Behavioral counselors recommend that parents ensure their kids are ready for the first day with:
Making sure their kids get a good night sleep, starting their morning with a healthy breakfast, and exhibiting and sharing a positive attitude about school.

14. But the good news is that approximately two-thirds of all children (66.7%) like school.

15. School buses have been around since 1915 (as long as the automobile), but the official color of bright yellow wasn’t adopted until 1939.

16. Across the country, there are approximately 480,000 registered school buses, taking 26 million children to and from school every day.

17. By eliminating the need for each parent to get their own kid to school, school buses help keep an estimated 17.3 million cars off the road every year, saving 2.3 billion gallons of fuel.

18. The largest public high school in the U.S. is Morton High in Berwyn-Cicero, Illinois with 8,000 students.

19. Arizona State is the largest public university, with 81,000 students!

20. So people still use pencils? The average pencil can be sharpened 17 times and write about 45,000 words or draw a line 35 miles long before it’s out of service.

21. Pencils can also be used in zero gravity, upside down, or even underwater!

22. Before pencil erasers were invented, a common way to get rid of pencil markings was with a rolled up piece of white bread or I’ve tried rubber bands!

23. But teachers resisted erasers when they were first invented because they thought they’d encourage kids to make mistakes.

24. The average backpack weighs 20% of the student’s body weight! It’s recommended to keep that percentage below 10%.

26. The oldest public school in the United States is the Boston Latin School, which was founded in 1635.

29. About 52% of high school students worked at least part-time during the school year, with 20% working full time.

30. High school was actually created to deter teenagers from working! Until the Great Depression, public high schools didn’t exist, as kids went only up to the 8th grade (unless they were rich). But in order to slow the flood of young men entering the workforce during the Depression, high school was created, ensuring the few jobs went to adults and family men.

32. Thanks to their basketball culture, the state of Indiana has 9 of the top 10 largest high school gymnasiums in America.

33. A significant number of kids switch schools above and beyond the normal transition as they get older. In fact, 26% of kids ages 6-11 switch schools, and 42% of 12-17-year-olds will switch.

35. Why do we give our teacher an apple? The tradition goes back to 16th century Denmark, where teachers didn’t earn enough for food so parents would send their children to school with an apple for them.

*Information given by Linda Davidson at Service First Mortgage with permission to blog.

Susie Kay Thanks for the back to school facts, I just shared several with my husband. Thanks,

Susie, I had no idea that is some impressive Trivia:) on a side note we have only pets:))Endre

Fascinating information, Susie.  Thanks for posting this.  I had no clue for most of them.

Susie, that is a lot of fun facts, and is true, most of us are affected by Back to School.

Hello Susie,  I wonder how the school buses got to be yellow?  Make it a great day!

Thanks for sharing this list of fun facts. Have an outstanding week.

Those are some interesting facts about school and children. I remember students taking a big shiny apple to the teacher and it sitting on her desk.

There back . . . . that's back in school. Just remember everyday that the kids are in school . . . . is one day closer to next summer.

Good luck and and success.

Tomorrow our children in Charlotte go back to school - these are very interesting 'fun' facts for parents, Susie!

#17 is quite interesting - I would think that would make many parents want to help the environment and utilize the buses provided for their children.

Wow, that's a lot of interesting information. Pencils were definitely a useful invention.

Hi Susie... what a great list of facts... most of which I had no idea about!

One doesn't realize what things lurk in the minds of kids that are going back to school...ahhh the fear of homework !

Ahahaha, there are funny facts. But I have one more fact - all the students who receive super marks - buy texts in the service, a review about which you can read here -https://essayreviewexpert.com/review/cheapwritingservice/. Thanks to this service children are studying good. Interesting statistics, isn't it?

Aug 27, 2018 05:26 AM
LIKE
#18
You must sign in or register to leave a comment
Login Register
Show All Comments
Older Post Newer Post
Back to Top
Generate More Leads from this Listing
With a Trulia Pro Account
Learn More
Find what you need?
See More Blog PostsAbout Real Estate! SEE MORE NOW!
Rainmaker
428,753 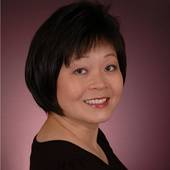