Here are six incredible things to look for during the 2017 Solar Eclipse.

1. Animals getting confused:The change in light during an eclipse makes the temperature drop suddenly, which makes animals think that night is coming. As the total eclipse begins, animals begin their evening rituals. As the eclipse ends, the animals think that morning is coming.

2. Seeing Stars and planets in the middle of the day: During the eclipse, the sky will get so dark that stars will look just as bright as they would during the evening.

3. Shadow bands: Right before a total eclipse, little snake-like shadows will appear to slither across the ground. According to NASA, scientists aren't completely sure why shadow bands happen. Many scientists believe that they are caused by light from the eclipse being focused and refocused through cells of air in the atmosphere. Shadow bands are a rare sight during the eclipse, but you may be able to see them with the right equipment, timing and location. The most important part is the color of the ground. You can see the bands best on light colors. Some people lay a large white sheet on the ground. You may also spot them by looking at concrete, sand, snow or ice.

4. Bailey's beads:Bailey's beads are pearls of sunlight shining through the valleys and mountains of the moon.

6. 360-degree sunset:During totality, or when the sun is completely covered by the moon, you can see what looks like a sunset -- in every direction -- around the horizon.

Good morning Hunter Paschall  .  It's looking like 62% coverage in NH. We're not expecting any sudden presence of skunks, porcupines and raccoons.  We'll be lucky to have clear skies.  Cheers.

Like
favorite_border 1
Mike Carlier
Lakeville, MN
More opinions than you want to hear about. 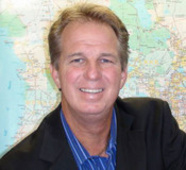