Last month I wrote about a local restaurant, 110 Grill, offering FREE children's meals through the month of August.

Sounded like a great concept to me! I mentioned I was going to check it out with a couple of the grandchildren.

Well last night we did just that.

My husband and I took grandsons, Jack and Thomas, to 110 Grill and the boys were happy to do a review.

The atmosphere is nice.

The kids' menu is well presented. Kids have a choice in each of several categories...drink, veggie, main course, side, dessert.

I stand by my original feeling that the Free Kids thing is an awesome idea, however the service and the food were not so awesome.

Even though it was not at all busy (we practically had the place to ourselves) we had to wait an unusually long time for our food. Neither of the boys liked the macaroni, although Tom did eat a few bites dunked in ketchup.

Most children are finicky eaters and expect elbows pasta in their Mac N Cheese. It doesn't seem like a great idea to use Cavatappi pasta for kids.

Rick and I were disappointed with our meals too.

Our dirty plates sat waiting far too long before getting cleared away.

We had to wait a very long time for the boys' dessert....a simple scoop of vanilla ice cream.

Bottom line:  Would we return?

Three of us say no.

Thomas says he would try something else, "not that macaroni ."

Those are great reviews!  I would stay away based on those recommendations, especially since I like mac and cheese, haha.  I really liked the clap to get things started, haha.

Sharon Lee  Such a shame. It's a very pretty restaurant and nicely furnished. An impressive menu.  I would be willing to try again if it were just our meals we weren't happy with, but we can't get past the poor service.

Roy Kelley At least we had a fun evening with the boys!

Ron and Alexandra Seigel  The quality of the kids' meals was fine...just not at all what they were expecting. Jack thought he was getting spaghetti because the menu said "pasta" with butter and grated Parmesan. Tom expected his Macaroni and Cheese to be elbow macaroni. The two dishes should not have been almost identical.

Quality was lacking, however, on the adult meals, which we did pay for.

Sheila Anderson  We have Michael Jacobs to thank for that. His idea.

Chris Ann Cleland  It was a very short lived fix....he only had about three bites of the macaroni.

Brian England   The main problem with the mac 'n cheese was it was not a pasta kids are familiar with. My husband had a few bites of it, said it was ok. Not great, just ok.

Hi Sharon - Cool idea for a review - you may be on to something here. It's a pity that the experience wasn't better, but at least doing the review looks like it was fun.

Dick Greenberg  Doing the reviews was lots of fun! The boys were excited about doing them and so willing. Made me proud!

Well at least the kids did great on their reviews! There were fun to watch.  I do think you're on to something here.  And too bad the food and service was underpar.

Ingenious idea Sharon and Michael Jacobs It's pretty bad when the kids don't like the macaroni, isn't it. It's too bad that the food and service were not up to par.

Good morning Sharon Tara, I agree with Kathy Streib,  must've been pretty bad for them not to eat the macaroni. Too bad, hope they will make some changes. I did enjoy the videos though.

Their expressions are adorable! It won't be long before they are the spokesperson of the year! Perhap on National Television?

Anna Banana Kruchten,CRS,CRB,GRI  The video reviews were the brainchild of Michael Jacobs .  I'm so glad he thought of it. It made the evening much more fun.

Kathy Streib  You wouldn't think they could go wrong with mac n cheese, but most kids are very particular....type of pasta, color, amount of cheese. I have a friend that worked in a restaurant tell me that they used the Kraft boxed because it was what most kids liked best. I can see where that would be a good idea.

Beth Atalay  When it comes to kids (and these two aren't that picky) it's best to stick with what they are used to.

Patricia Feager  I doubt that is going to happen, but you never know. I certainly would be a very proud Neena. LOL

Sharon Tara -When it comes to kids, you never know! You certainly are affording them many opportunities to think about their future and develop skills we never dreamed of when we were their ages!

Patricia Feager  They both have their own Youtube channel right now and enjoy making videos for that. Certainly could lead somewhere. We shall see.

Hi Sharon -- although 110 Grill in Rochester NH did not fare so well, Jack and Thomas' reviews were absolutely 10 out of 10.

I hope to see more of these reviews.

Michael Jacobs  Thank you... I will let them know you gave them such a high score and that more reviews are in order. Thanks also for the great idea!

Look at Jack and Thomas smile they enjoyed the food at 110 Grill in Rochester New Hampshire.

Lou Ludwig  They enjoyed the french fries and the ice cream, but not at all the macaroni. The important thing is that we had a great time and were together! That made us all smile!

Sharon, that does sound like a great concept, but sounds like this restaurant has some work for do to keep patrons coming back.

Joan Cox  It's a nice place....I don't understand the very slow service. No excuse for it. 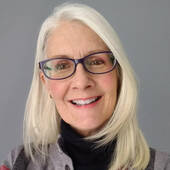