Debbie Reynolds September contest has challenged me to re-form a habit. Blogging!  Let's see if this will be the push I need to jump back in!

Years ago I'd heard that it just took 7 days to form a habit. More recently, I read a book entitled "The Power of Habit" by Charles Duhigg that claimed 21 days is the magic number for making a habit stick. I'm more inclined to believe that the lower number is likely about a starting a bad habit, and the larger one about getting a good one to take hold, or gettting rid of a bad one!

Good Habit- Tracking. I've been fairly good in some areas, but much was in need of improvement. One thing that really bothered me, is that it felt as if I was working all of the time. If business was slow, I was compelled to work even harder to get it going. If it was brisk, I was exhausted. So I started tracking the hours that I work every day. That helped me feel less guilty about leisure and personal time. Looking at this over the course of a year helped me see that I was keeping things in better balance for my health and family. Even accounting for vacations, I still average more than I did in my corporate work days, but as most Realtors would attest, the lines between business and personal are often blurred. I've done this tracking now for nearly 3 years, and I doubt is this a habit I could break, even if I tried.

Bad Habit- Diet Coke. It was such a habit, that a little craving alarm would go off daily in my head around 11:00. I had just one a day, but it bothered me that it was so strong an urge. I kicked it several times, only to restart again. Then earlier this year I read an article linking diet soda to Alzeimer's. That did it for me. With a family history of the disease, and my Dad a victim of it now, that was the monumental punch I needed to eliminate this from my liquid intake.

Ugly Habit- Worrying. I come from a long line of worriers. And while I wasn't obssessive about it, I was aware of it. I noticed the negative effect it had on two family members who are master worriers, and I didn't want to get to that point myself. So I made a concious decision to just STOP. Let life unfold, and not try to control or redirect it. Let go, let God.

Something amazing happened. I slept better. I was calmer (not calm mind you, I'm still very type A). I had more energy. And the best part?  I had better internal resources to find creative solutions to whatever it was that was amiss, but more often than not, the issue seemed to have worked itself out.

Thanks for the push Debbie!

I was doing the same thing. When work was slow I was working harder to try to generate business, when in fact I probably should have chilled out for a few months. Without even trying, my SOI offered up 6 mega listings via text message the other day. Now I'm regretting not spending time with family, friends and squeezing in some much needed vacation time. I like the idea of tracking habits. Great advice.

Good for you Denise. That's awesome. The tracking does help you feel more guilt-free about personal time.

Thanks for sharing some of your thoughts on your personal habits.

Good for you for making some positive changes! My biggest issue with worrying, when I catch myself doing it, is it doesn't change anything. And most of the time, whatever we're worrying about doesn't happen. So I'm totally in concurrence with the need to NOT worry!!!!

I found the coolest graph lately about worrying. It makes so much sense!

Way to kick your soda habit! I mostly drink Selzer Water, but on vacations I still splurg with a soda. It is an easy habit to form, not so easy to break, but when you have the right push, it can be.

That's a good option Michelle. I think it's the bubble I like the most ;)!!

Hm...diet coke seems to be a bad habit trend. Great post and thanks for sharing. Have a great holiday weekend!

You do the same Sam!

So nice to see you back here!! Hope you are getting settled in San Diego.

Great entry for the contest...I do some tracking but could be a better job. No issues with Diet Coke for me, TG. I haven't drunk sodas for well over 20 years!

Thanks Jeff, we're loving it. Closed on our house last week, so the fun of packing and moving begins again ;)

Hi Karen - I'm a big believer in tracking my time, too. It has enabled me to not feel guilty when I want to spend some time with family or a hike, or personal time. I needed to give myself permission.

Now that worrying thing --- I need to master that.

Hi there Lottie - I see your hiking posts - good for you!  I'm telling you, letting go of that worrying thing has been monumental.

I was a Diet Pepsi addict up until about 5 years ago.  I finally managed to give it up for water, but it wasn't easy!

You are right Mryl. It was so ingrained in my brain, that little alarm clock went off every day with the craving.

I like your idea of tracking... I have that work harder if its slow mentality although I have over the years grown to expect some  annual lulls and have learned to enjoy them! Very Good post!

I keep seeing that diet coke is a bad or ugly habit. I have never thought so but am now reconsidering my position. Thnks for participating in the Habits Contest, Karen.

I've read Duhigg's book, "The Power of Habit." I can break a good habit in 7 days, but need many more to create a habit; more than 21 even. Last I heard (KW, I believe) it was 66 days to create a habit that sticks. 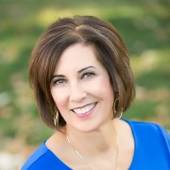 Real estate market and local information for the Tri Valley communities of Livermore, Pleasanton, and Dublin, CA. Search for homes for sale, things to see and do, what it's like to live here.