Regardless of team efforts, sometimes your team doesn’t place first.  The other night, I watched FSU succumb to Alabama.  The overall team efforts in that game were painful, to say the least.  FSU’s quarterback couldn’t control his passes, and FSU defense looked like a bunch of school boys practicing.  To be honest with you, even though Alabama won, I wasn’t none too impressed with some of their team efforts either, and if they don’t get it together soon, they may have an upsetting season.  By the way, I’m an FSU fan from high school days back in the 60’s and I’ve stood by them in both good and bad times, but when team efforts aren’t running smoothly, they irritate the dickens out of me!

Okay, so this is a blog that is supposed to tie into real estate somehow.  It doesn’t take a rocket scientist to see where I’m going with this one.  Team efforts in your real estate career should run smoothly.  Even if you are an agent within a brokerage, you are still part of a team, and when the team you’re on loses focus on you, both you and your income will suffer.  I had the pleasure of teaching the 45-Hr. Post Licensing class last week, and the students in that class were unbelievably awesome!  It was a challenge sometimes to address some of their concerns, though, because many of their concerns surrounded questions about team efforts.  I must be careful with my opinions because I realize not every real estate broker is going to have the same mindset I do, and this blog isn’t intended to bash brokers, but in all fairness to real estate agents, my thinking is that they need team efforts provided by good brokers, good support staff, and other real estate agents within the office.  When there are actual teams in that office, those team members should also avail themselves to help others.

Team efforts contribute to a new agent’s “OTJ” training.  I can’t wrap my head around a broker or manager who does not encourage agents to help newbies.  Not everything should be tied to money.  I grimaced when one of my students relayed his experience shortly after getting his license.  His broker “assigned” him to a seasoned agent for mentoring.  The seasoned agent told the newbie to sit, watch, shut up and don’t ask questions!  That newbie is no longer with that broker.

What happened to the empathy we used to share toward new agents?  Is money so important that we don’t want them?  If you aren’t in an office that encourages team efforts, maybe you are in the wrong office?  I can’t say that for sure, but I’m just tossing out the idea that maybe the “Golden Rule” needs to be applied right in our own offices.

TEAM Hughes Real Estate School not only practices the “Golden Rule,” but we also teach our students to look for it in the workplace.  Only through team efforts will they become successful.  You can become successful as well if you want a real estate license.  Contact us and we’ll explain how you and we can combine team efforts to make it happen. 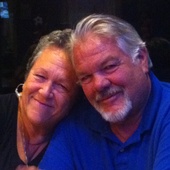