South Florida  is preparing for and major strike called Irma (AndrewII). As a person  who went through  Andrew, I for sure don't want to see another major  hurricane in lifetime. That is not why i started this blog.  I started this blog because I have had  four customers call me wanting to talk about buying after the storm. They wanted me to know they are ready to jump the winds die down. When the stopped long enough for me to get a word in, I asked if they were buying with cash. they said No, why?

I had to explain to them that most of the good deal will not qualify for financing and any appraisals will come in very low plus you will  need cash to repair these home. Even a few neighbors told me that they will be leaving if this one is like Andrew, they sell as is and leave. I ask them if they feel that there are many cash buyers?  Do you thing it will be a buyers market  or sellers?  Slow down and think things out and get good advice.

My biggest concern is the Local, State and Federal Governments and there role. If Irma goes up the East Coast as a Cat 4 or 5 the amount of damage will be wide spread and extensive. I was with out power for 4 weeks and no phone service  for 7 weeks  after Andrew and the major damage in Andrew was contained to south of Miami, it did not hit a very populated area.  Irma is  heading for the highest populated area in Florida and the size of the storm could cause damage on both coast  as it travel north.  I worried about shelter  for millions  along the coast and inland.

I answered  a question in Q& A earlier  what it will be like for Houston REALTOR, this time my answer will go for all the south east tip of Florida. We made it through Andrew  and Harvey,  we just have to prove to everyone  that Irma can't keep us down!   I will see you all on the other side of the storm. Back to putting up shutters.

Chuck it has been a while since we connected, great points, keep in mind there are Vultures aka all cash buyer who are ready to pounce on other peoples misery, Endre

Your so right Endre Barath, but they are my customers and I didn't look at it that way.  I was just hoping they would look a bit deeper and see that the better the deal the more obstacles in the path. Of course there are cash buyers, but not in the numbers  match sellers  I don't think so. 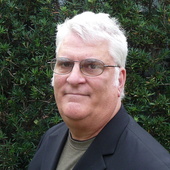 This Blog is all about the South Florida Real Estate Market.