Please read this post from Chris Johnson to better understand the prospects of a housing bubble and its causes.

Your home is probably the biggest asset you own. This is why you should hire a professional to guide you through all your real estate transactions. My goal is to help 24 to 28 families each year either buy or sell a home.

The current environment for housing in California is being routinely referred to as a crisis. Many consider it a bubble and anticipate the possibility of another crash. For California, the “housing crisis” is a direct consequence of the state’s economic boom. And 30 years of resistance to housing development has resulted in an onerous environment for the creation of new housing today. California has always been a desirable place to live and over the decades has gone through periodic spasms of high housing costs. However, a booming economy and the lack of construction of homes and apartments have conspired to produce the current housing crisis.

The Heart of the Problem

The economic recovery and expansion have not occurred without consequences.

The technology revolution, epicentered in California and in particular the Bay Area,

The tech boom, the visitor boom, the healthcare boom, and the professional services boom have employed every California resident that wants a job and encouraged an estimated 512,000 net migrants into the state from 2011 to 2016.

The strong demand for and consequent creation of millions of new jobs since 2010 has encouraged extensive office development in San Francisco, Los Angeles, Orange County, and Santa Clara Counties.

But these counties have failed to build a commensurate amount of housing, for new workers and new in-migrating populations.

Cities have built high tech research parks and innovation campuses but have failed to build housing. Consequently, a major imbalance has resulted and this imbalance has manifested in sharply rising home prices and apartment rents since 2011.

The high cost of housing is principally a failure to build. And then there is Proposition 13 which caps property taxes, discouraging owners to sell their properties and face a major tax reset. And in recent years with property values escalating to all time record highs in the state, the disincentive to sell is too great so there is far less for-sale inventory of existing homes that would typically provide for a lot more inventory.

Furthermore, cities receive very little in property taxes from homes whose value has not reset in the last 10 or 20 years. Consequently, this fiscal disincentive which grows larger over time gives communities little reason to permit more housing, especially when the neighbors already oppose it for all the usual reasons.

Cities and Counties use zoning, environmental laws and procedural laws to oppose, discourage, and/or deny residential projects deemed too large or out of character.

There are also growth restrictions put in place by voter referendums that directly or indirectly limit housing development. Examples of these are density and height restrictions, or an actual limit on housing unit development.

Cities that deny housing are a principal and direct cause of the housing crisis.

The lack of housing supply, together with the demand for housing encouraged by a strong economy and record creation of jobs and income, has created a political environment where prospects for a state housing intervention appear more likely than ever.

Since 1969, California has required that all local governments (cities and counties) adequately plan to meet the housing needs of everyone in the community. California’s local governments meet this requirement by adopting housing plans as part of their “general plan.” The law mandating that housing be included as an element of each jurisdiction’s general plan is known as “housing-element law.”

California’s housing-element law acknowledges that, in order for the private market to adequately address the housing needs and demand of Californians, local governments must adopt plans and regulatory systems that provide opportunities for (and do not unduly constrain), housing development. Consequently, housing policy in California rests largely on the effective implementation of local general plans and, in particular, local housing elements. However, providing opportunities under the housing element law and actually approving and permitting housing units are not the same. Getting the homes built is largely ignored by most jurisdictions in California today. Why? Because there is no real penalty for denying housing, even if there is adequate zoning for it.

The myriad of association of government agencies in California help to develop a RHNA for each county and city to follow for their zoning of housing. RHNA stands for Regional Housing Needs Allocation.

RHNA is supposed to enable cities and counties to anticipate their growth so that their quality of life is enhanced. And this includes producing a fair share of regional housing to accommodate anticipated growth.

However, too frequently, cities and counties use their planning processes as complex and complicated systems that confuse and frustrate prospective developers who must navigated through a labyrinth of requirements. It is often a highly discretionary process that effectively obstructs housing and therefore anticipated growth.

The most recently completed RHNA planning period is January 1, 2006 to June 30, 2014 for most Southern California counties. For this time period, housing estimates were developed based on population, employment and household growth projections. In Southern California, a total of 821,000 housing units were allocated. Only 404,500—less than half—were built. In the Bay Area, 215,000 housing units were planned for. Only 116,000 were built.

Bills in Sacramento to Help Resolve the Housing Crisis

The general notion prevailing today is that the state needs to do more to penalize cities and counties that are blocking development before agreeing to spend more dollars subsidizing projects.

There is currently one law on the books from 1982, the Housing accountability act, which requires cities to approve housing projects if they meet 3 fundamental criteria. Cities often interpret the criteria with discretion, and projects are downsized or denied. Predictably, there has been a spate of lawsuits over the years between developers and cities arguing whether the criteria have been met.

There are now three more bills in Sacramento looking to move forward this Fall:

HCD is the California Department of Housing and Community Development that promotes policies and programs to expand affordable housing.

This effort would place a $3 billion bond for low-income apartment housing on the November 2018 ballot. This potential law would require that any new development of rental housing include a certain percentage of affordable rental units.

Momentum is now building again for the implementation of rent control to cap rental rates on housing in California. Currently about 15 cities have some form of rent control, including San Francisco, Oakland, and Los Angeles.

A bill has also been submitted in the California Assembly to repeal a 1995 state law—the Costa-Hawkins Rental Housing Act—that limits the scope of local rent control laws. AB 1506 seeks to eliminate rent control exemptions for duplexes, condos, and single family homes to enable rents to be capped on newer housing stock built after 1995.

And in the November 2016 election, rent and eviction control ordinances passed in Richmond and Mountain View.

Voters passed Measure U1 in Berkeley, which increases the business license tax on landlords with five or more residential units. The tax increased from 1.1 percent to 2.9 percent of gross receipts. The tax may not be passed onto tenants.

In East Palo Alto, this same business license tax is 1.5 percent of the gross receipts of landlords.

Rent control was defeated in Burlingame and San Mateo and Alameda. But a rent review and stabilization ordinance was passed by voters in Alameda.

The Santa Barbara City council considered it in March 2017 but rejected pursuing it as a policy and will consider issues associated with rental mediations and inspections.

This is an excellent selection for a reblog. Thanks for sharing.

Yes, I agree it is full of important information, Roy Kelley .

This is an interesting read. I look at all the stats and notice one thing about your market. Certain people are fighting for the lower income buyer/renter...some are trying to protect values on the high end....whatever happened to the California middle class?

Some are in Washington. We've helped them buy homes. ;)

CA has an economy all to its own Sandy Padula and Norm Padula, JD, GRI NMLS#1483386 . How did your Florida home make out?

No damage and with no storm shutter either, Scott Godzyk Go figure! Had winds over 120mph too!

Norm, great information on this CA market and CA does march to a different drummer all around.

Let's hope it is not catching, Ginny Gorman !

Wow, what a fascinating read, Norm! This also really demonstrates just how different our markets really are - even in times where the market is neutral.

We are such a transient area, I can't imagine a Proposition 13! Discouraging sellers from moving on is certainly not helping that market.

That was one seriously long blog post!  It's complicated no matter where you live.  It seems there's a shortage of good affordable housing everywhere.

Without Prop 13, Debe Maxwell, CRS so many homeowners going into a retirement/fixed income scenario would have lost their homes. Two sides to every story I suppose. Thanks!

And, Georgie Hunter R(S) 58089 already many are chirping that mini-homes are not the solution (which I agree with, BTW). There are just too many people in the World!

This was an informative post and a good reblog.

Very informative blog post. The shortage of housing in California and particularly the San Francisco Bay Area, San Mateo County and Santa Clara is a huge problem. They should also allow homeowners to expand easily since most of the homes are between 1000-1200 sq. ft.   Even getting a building permit to remodeled an old house that was build in the 50's it is quite discouraging. Here in Pacifica where I live the city requires a permit for almost everything.

Mayra Espinosa Certified Probate Specialist Thank you for your comment. Please be sure to give the kudos to Chris B Johnson for the fine post.

Norm all I can say is without being too sarcastic... anything Jerry Brown says just delete..... he spent too much time in Laurel Cyn in the 1960's... and I will leave it at that....Endre

Endre Barath, Jr. And yet for some reason, Brown keeps getting elected. Do you see a pattern yet? The rest of the Country can't figure out the thought process here in California and I know it ios true since I do travel throughout the COuntry by auto and typically when my Cali plates are seen, people approach me.

This is a very thorough analysis regarding the California housing market. The lack of affordable homes is becoming a huge issue elsewhere around the country. Admittedly, not yet by California standards, but still it should cause some concern. Sure wish we could come up with a logical solution.

The builders can still remember '07-08 when all the speculation inventory cost them dearly. I don't expect a change in inventory, nd particularly pricing for a long time.

I lived in SoCal most of my life. I LIVED Prop 13. I take issue with the reason Prop 13 was passed. It was passed to keep Californians from being priced out of their homes through high taxes. It affected older Californians and those on fixed incomes the most. Assessed values were rising at 10%, 15% and higher every year causing tax increases and forcing some to sell because they couldn't afford the taxes. The initiative capped the tax at 1% of "assessed" value.  This is different from "capping" the tax as stated in Chris's article. IMO,  it sounds like the property tax is frozen. A more accurate view is the assessed value is capped at 2%, not the actual dollars based on that 1% of assessed value.

Assessors had wide latitude to assess property however they saw fit, creating scandals in the 1960s of unfair treatment of assessed value. Prop 13 is still overwhelmingly popular with homeowners. 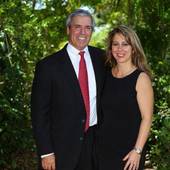