Are We In Another Real Estate Bubble in Arizona? Check out this recent blog post originally published here: Are We In A Bubble?

“Deregulation and bank consolidations resulting from the 1999 Gramm-Leach-Bliley Act, paired with diversification and proliferation of collateralized debt obligations in the early 2000’s, set the stage for real estate bubbles to form and burst across the nation in the following years.  Several factors unique to Phoenix, including the state’s risk-averting anti-deficiency laws, healthy job market, and affordability relative to other metro areas drew investors and traditional buyers here in droves from 2003-2006.

Aggressive home ownership campaigns and loose lending practices had initially spurred demand, causing prices to rise faster than normal by late 2003.  General sentiment was that real estate could only go up in value, and buyers started to panic at fleeting affordability.  They convinced themselves it was their last chance to acquire investment properties, switch from renting to owning, or move into better locations or bigger homes.  They joined the frenzy, leveraged their money, purchased everything they could, and drove up prices even more.  Investors were pinching themselves because it was so easy to gain equity, and they wanted more, more, more!  Home values in most parts of Phoenix reached all-time, never-seen-since highs in late 2005.  We had a logjam of overpriced inventory, and previously panicked buyers started to feel the incentive to wait to purchase as their options became more plentiful and less expensive.  Post-peak values dipped slowly at first, plateaued with tiny flares of hope in 2006, but by 2007 the market had lost its steam and took the final crippling blow from the banking crisis in 2008.

The 2008 market freefall is further explained by ease of loan default and the fact that incomes hadn’t risen nearly as fast as home prices during the formation of the bubble.  Many owners were forced or incentivized to abandon their mortgages and properties, and vacant foreclosures and short sales began to dominate inventory.  Prices plummeted throughout 2008, hit bottom in 2009, and dragged along and calibrated from 2009 until 2011.  By late 2011, cash flow of newly acquired rental properties was too good for landlord investors to pass up, and traditional buyers began to re-enter the market as their credit allowed.  It has been a slow, steady recovery.  We still have not reached peak 2005 levels, but prices are just about where they would have been if typical 5-6% annual growth had taken place instead of the bubble and correction.

Predictors of a Bubble

Hindsight is often 20/20, and we can use the experience and indicators from the last bubble to discern if another is forming in 2017, as purported by some recent news headlines.  Actual ARMLS data, summarized below, clearly shows that we are NOT in a bubble, and most certainly not in one about to burst.  Low amplitude of supply and demand trends, low ownership costs and interest rates, sound lending and appraisal practices, trends toward bigger down payments, moderate but encouraging price increases, and cooler heads have prevailed while homeowners have rebuilt equity and credit since 2012.   Small pricing dips and plateaus are normal, but the forces at play are set to keep prices on track for continued steady growth.  We hope and expect that trend will continue in our beautiful cities and state.”

As full-time, experienced Realtors living and working in the areas of Queen Creek and San Tan Valley Arizona, we are always available to answer your real estate related questions. If you are interested in buying or selling a home in Queen Creek or San Tan Valley Arizona, or if you would simply like a FREE market analysis of your property, then please do not hesitate to contact Karen Berg at 602.919.2375 or Keely Semon at 480.220.1321.

Of course we’d love to help you any time you need to buy or sell, but we’re also here for you any time you have a question about the market. You can also feel free to call if you’re simply curious about the listed or sold price of a house down the street. We’re looking forward to hearing from you soon!

The past bubble was because of loss of jobs and the ability to just walk away from your home without any penalty.  Many people walked away not because they could not afford the payment, but they walked away because it was almost encouraged to do so if they were underwater in their loan.

Now we have all kinds of people claiming of a bubble that isn't even on the horizon.  Jobs are not being lost right now and there is a sever  housing shortage...Dooms dayers are trying to get a panic going to take advantage of scared people.

It’s really something that you went from living in an area you can’t really go by hearsay and all that, you’re right. 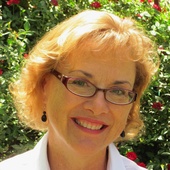