Lucky us ...when a science teacher retired at the end of May last year we volunteered to take ONE Madagascar Hissing Cockroach home, temporarily - we thought....

Boy were we surprised when we found out that our androgenous, six-legged curiosity turned out to be a she.... a she who gave birth to about 30 babies!  Yes, birth.  Apparently this species' eggs hatch while still inside the mother and develop into miniature versions of the adults while still inside... then when the time is right, out they come... After the shock wore off we researched this critter on the internet and found that after mating only once, she was capable (under good conditions) of giving birth every two months for the rest of her life.

So far, so good - no more litters, until... today... when I received an excited text while at work - "OMG the mama

cockroach just had more babies and I saw it!" Yep.  sShe had a second  litter while on our watch.  Unfortunately (or fortunately as the case may be), most of the litter did not live - maybe our cold temperatures?  It looks like only about three to four will survive this litter.

For now, we are safe until another litter emerges.... unless,  that is,  we have to worry about those first generation babies growing up and.....

Oh no!  I don't even want to think about it!

Any volunteers out there to take one cockroach? . . .   seriously,    just

Brenda- ok, I have to say that while I love pets and babies, there is no way I could have this has a foster pet!  Yikes!!!

I was kind of cool when it was just one and we thought it was going back at the end of summer...

OMG I hope you have a really tight lid on that container!

Who's are some beautiful shots and I don't know too much about Wyoming but I'm learning a lot!

Brenda Whitman, Live in Laramie Real Estate I'm thinking along the lines of Georgie Hunter R(S) 58089 . I'd be scared of some kind of breach.

Indeed!  Georgie Hunter R(S) 58089 and Bob "RealMan" Timm, keeping them contained all those years was a TOP priority....

Sorry Pat!  They were not my favorite pets either ...

Thank you, Margaret Rome.... though I suppose in their mothers eyes, however many she has, they are simply adorable, 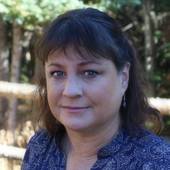 Real Estate Technology & Tools over 3 years ago
bookmark_border
... not affiliated with this product . . . but we ...
View more Recent Posts   arrow_forwards