As a top Berkshire Hathaway agent, specializing in the North Denver suburbs and Boulder County, I often work with professionals that are relocating to jobs in Boulder Colorado.  In recent years, Boulder has become a hotbed for job seekers in fields such as IT, Biotech, and Academia.    Along with its new reputation as one of the nation’s most coveted places for tech professionals to work and live, has also come skyrocketing home prices.   However, many of the newly transplanted professionals experience extreme sticker shock, when they realize just how pricey Boulder real estate is.   With the average price of a single-family home in Boulder hovering just north of a million dollars now, all but the highest paid professionals quickly realize that they may have to settle for a commute.  New transfers quickly find themselves researching which of the Boulder suburbs will offer the best compromise, on home prices, quality schools, and the shortest possible commute.

Most initially look at homes for sale in Louisville, or homes in Superior CO, but realize that those closest two suburbs don’t offer much pricing relief, with typical single-family homes still averaging close to $700,000.   Homes in Louisville are usually somewhat older, and often need significant updating as well.  Superior is a slightly newer area, with most of the neighborhoods built in the late nineties, and early 2000's.  However, Superior is somewhat notorious for soil containing even more expansive bentonite clay than other parts of the county.   Those purchasing in Superior, should take care to do extra due-dilligence when inspecting the foundation of potential homes.

Buyers who rule our Louisville and Superior, generally look a bit further out at homes for sale in Lafayette CO or homes for sale in Longmont CO.  Longmont is a well-developed suburb northeast of Boulder, but most find that it’s quite far from Denver, and it can be a crapshoot when it comes to the quality of schools.  Lafayette lies just east of Louisville, and has plenty of charm, but it’s still quite expensive and composed of mostly older homes that often need lots of expensive TLC.  Homes in Lafayette are often smaller and lack the raw square footage that typical families expect from a home well over the half-million-dollar mark.

However, just past Lafayette lie the communities of Erie and Broomfield.  For most candidates, one of these two suburbs end up as the best option for putting down roots.   Both suburbs have their own unique set of attributes, and tend to attract buyers with slightly different sets of priorities.   Overall, Broomfield is the slightly larger and more developed of the two, with more amenities like shopping, dining, and entertainment.  (Broomfield is roughly 3 times the size of Erie, with respective populations of 65,065 vs. 22,803) However, Erie offers a less crowded, and even slightly rural small-town feel.  Topographically Erie also gains a slight edge, with much of the town sitting on hilly terrain that gives it some of the best mountain views along Denver’s front range.  The fact that the two towns border each other, also means that residents in Erie usually aren’t much farther than 7-10 minutes away from most of Broomfield’s amenities.

With the median price of a detached home at $446,000 in Broomfield, it is slightly more affordable overall than Erie (with a median price of $459,017).   However, that statistic is slightly misleading, because Broomfield began development in the late 1950’s, but most of Erie didn’t start to fully develop until the late 1990’s.   As a result, Broomfield’s median home price is skewed downward by the presence of several more mature neighborhoods with lower home prices (that compose roughly 60% of the homes there).  Erie on the other hand, didn’t really start to grow until 2003 when the construction of homes around the Colorado National Golf course, kicked off the current 13-year long development streak.   Therefore, you see that Broomfield is actually slightly pricier, only by comparing the median and average prices of newer homes built from 2001 to the present.  When the price comparison only factors in newer construction, Broomfield’s median price becomes $500,000 and its average price is $532,880.   Erie’s is slightly lower at the median remaining at of $482,017 and its average home priced at $482,017.   Broomfield can be the more affordable option for those willing to live in a slightly older neighborhood, but Erie is more affordable if your tastes favor newer construction.

Regarding commute times, homes for sale in Erie CO have a slight advantage over homes for sale in Broomfield when comparing the drive into Boulder.  The center of Erie is roughly 11.2 miles to Boulder, with the center of Broomfield sitting at 16.4 miles away.   Average commute time from Erie is 22 minutes, with Broomfield averaging 27 minutes by the I-36 tollway.   That advantage flips however, when considering the commute into Denver.   The center of Erie to downtown Denver is 24.7 miles, and a 34 minute commute in normal traffic.   The center of Broomfield to downtown Denver is slightly closer at 18.5 miles, and a 25 minute commute in normal traffic.   The trip to Denver International Airport is roughly a tie between the two, because the two border each other at the E470 tollway, which is the express route it DIA.

The Erie neighborhoods in the Boulder Valley School District are as follows: Baxter Farm, Candlelight Estates, Candlelight Ridge, Compass, Flatiron Meadows, Meadowsweet Farm, and Orchard Glen.  The Flatiron Meadows subdivision is actually home to the BVSD’s newest (and arguably nicest) K-8 school, Meadowlark School.  Meadowlark School is set to open Fall of 2017.  Consensus is that Boulder Valley Schools are among the best in the entire Denver/Boulder front range, competing neck and neck with Denver’s Cherry Creek Schools for the state’s top honors.  However, one shouldn’t get too concerned about which of the two school districts in Erie you’ll end up in. In fact, all of the Erie CO Elementary and Middle schools in the St Vrain District are rated at least an 8 out of 10, on the popular rating site www.GreatSchools.org.

The overall statistics paint a clear picture of the quality of schools in Erie.  In 2016, Erie Schools ranked higher than approximately 77.5% of elementary schools in the entire state of Colorado. Erie Middle School’s students performed 64.2% better in 2016 as well. The district performed better than 64.2% of all other Colorado schools that same year.

David Hakimi you have made your market reports a thing of art and what a joy to read! 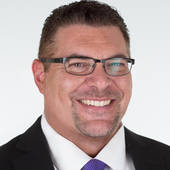