Most livable: America’s 50 best cities to live in, According to USA Today October 13, 2017 and Colorado has 3 of them.  Highlands Ranch, Arvada and Centennial.  Congratulatioins Colorado!!  Looking to buy a home here?  Download this free app to search direct with MLS anytime.  https://arrivehome.app.link/bUKGC2f3

Colorado’s population tends to be healthy, and Highlands Ranch has one of the healthiest populations in both the state and the country. A small number of preventable hospitalizations is a sign of both good health habits within a population and an efficient health system. Highlands Ranch, which is located about 40 minutes outside of Denver, only has about half as many preventable hospitalizations per capita as the nation as a whole. Similarly, the city’s hospital readmission rate, another indicator of public health and quality of healthcare, is one of the lowest of any major city.

Health is often a byproduct of affluence, and Highlands Ranch is one of the wealthiest cities in the country. The typical household earns $114,288 a year, or about double the national median household income.

As is the case with many cities on this list, Arvada residents have easy access to the jobs and cultural amenities of a major city. Downtown Denver is less than half-hour drive from Arvada.

Based on a range of socioeconomic measures, Centennial is the most livable city in Colorado and the second most livable in the United States. The city’s population has grown by 7.1% in the last five years, nearly double the U.S. population growth rate over that time. A low cost of living and high incomes contribute to widespread prosperity in the area. The typical Centennial household earns $102,200 a year, and only 2.7% of the population lives in poverty. In comparison, the typical American household earns only $57,617 a year, and some 14.0% of Americans live in poverty.

Centennial is also one of the safest cities in the United States. There were only 22 violent crimes for every 100,000 people in the city in 2016, a fraction of the U.S. violent crime rate of 386 incidents per 100,000 Americans.

This is good information for anyone, thinking of relocating to Colorado 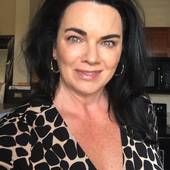