The Quad-City Times crews have been out trying to bring coverage to all of us on the damage caused by the Saturday storm.  Initially, over 75,000 people lost their power including a nursing home with 180 patients who had to use power generators for 3 days and walk the halls with flashlights.

The Iowa Association of Electric Cooperatives has been doing a great job keeping everyone informed about the progress on the dire situation. Most of the damage was caused as power poles and power lines snap from the weight of the ice build up. Power lines to this farm house had snapped a block down the road which rendered the owner without power and without water for 3 days as their well pump runs on electricity.

My buyer from California still wanted to see it as he was looking for his peace in the country.  So, The Quad Cities Favorite Realtor drove his all-wheel drive SUV to Durant, Iowa, broke out the flashlights, and sold him his dream!

My mom always told me, "When the going gets tough, the tough get going!"  I guess that's just part of the Iowa work ethic (or maybe it's the german ethnicity in me).

Iowa gets hit again...this time it's snow and ICE!

Davenport Iowa Gets Another 2.7"!

Please keep your prayers going for the utility workers who are working tirelessly as they risk their lives to restore power to ALL Iowans.

Thanks!  I just couldn't believe the owners were so motivated after 3 days of taking baths with "wet-wipes" to clean their house with no electricity and no water.  They did a remarkable job!

Down here in the middle of Douglas County Kansas real estate, your older brother had the last day of February bringing us a bright, sunny 76 degree day, 5-6 inches of rain last night, and heavy snowflakes blowing straight across this morning; all within less than 24 hours!!  Not very often you get summer weather and winter weather within a 16 hour time span.

Hope your ice all melts soon for you, Lucky.

Woke up this morning to a couple more inches.  This is unbelievable!  When I came home last night around midnight, it was like a "white out" with snow blowing horizontally across the road.  We were suppose to have up to 55 mph gusts.  When I came out of Chordbuster practice the snow was stinging my eyes it was blowing so hard.  Crazy stuff.  I really have had about enough of winter, even though the calendar says otherwise.

The weather hasn't been the best recently, but spring is just around the corner!!

I do hope that all of the power company employees out there stay safe, we have had 1 casualty already due to a malfunction of the lift in a vehicles arm. 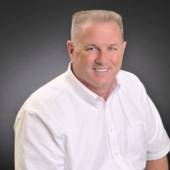 Use Google To Search Active Rain