The last few months the Denver market has slowed compared to the feverish growth it had been experiencing.  Colorado has a boom and bust history which is prompting conern that the Denver housing market may be going from bubble to bust?   Although historical data shows that Real estate sales tend to slow down in the late summer to fall, this year appears to be slower than usual.

"According to data provided by the Colorado Association of REALTORS®, between Septembers 2016 and 2017 we have seen 15.6 percent fewer single-family home sales and 8.4 percent less for the condo sector within the metro area. There are many who attribute this cooling to a seasonality but the data shows a consistency, reaching back many months unveiling a trend. Despite median prices having risen 7.3 and 12.4 percent for the two property types, the volume of movement has been decreasing for many months now – demand remains, just … less of it. Last month’s data from August shows sales were down 17 and 12 percent as well as 12 and 7 percent drops in July."

Based on this data they conclude that rather than a bubble burst or falling from a cliff, the market is reaching a plateau.

"although everyone is expecting a cliff at the end of his rise, what appears to be occurring is a leveling, a plateau. A growing city reaching its peak after a nine-year recovery of what could have been its natural trajectory without the Great Recession. Construction and development finally in eye’s sight of the demand that data still shows as high. Down 24 percent from September 2016, there remains just 1.9 months’ worth of inventory to satisfy demand within Denver’s metro region, while the percentage of list-price-to-sold as well as days-on-market remain virtually unchanged from a year ago."

So what does this mean for you as a buyer or seller?  There is still a limited inventory and thus the demand will continue.  Thus it would appear that prices will continue to rise but at a more sustained level.  Also as a buyer, you now have more choice and it is not such a frantic rush to compete for purchasing a property.   Denver Metro continues to be one of the fast growing metropolitan areas in the county and with the continued growth rate  demand for housing will continue.  The Denver post wrote recently that "at nearly 2.9 million, after the region grew by 44,261 people, or 1.6 percent. Its population increase ranked 15th among metro areas nationally, and its growth rate ranked 66th."denvers-growth-spurt-slows-down/  Although this is a slight decrease, it continues to be substantial and most of the increase is due to people moving into the Denver area due to the strong job market.

So it appears that if you are a buyer, this may be a good time to buy since the competition for purchasing a property is not as intense as in the past but it is not anticipated that their will be a significant drop in demand or prices.

Follow my link to see the list of condos and townhomes currently for sale in the Denver area.  Downsizing-in-Denver 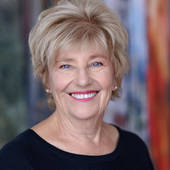