Can We Use a Burned House As a Comp?

Unless you're living under a rock, you have probably seen images of the firestorms in Northern California. Entire neighborhoods have been wiped out, along with retail businesses, hotels, restaurants, wineries and schools.

All of this started late Sunday evening, October 8th. Tens of thousands were evacuated in the middle of the night, fleeing to a friends house or a parking lot in the safe distance. Days went by as we sat glued to the TV and Facebook, while officials pleaded with us to stay home unless we were emergency responders.

And then this happened. KRON4 News was on the air, armed with a current satellite image of Santa Rosa which we now refer to as the "burn map". KRON4 was asking the public to call in with an address of a home they were concerned about. It was absolutely chilling to watch the news anchors scroll through neighborhood after neighborhood to find an address the caller was asking about.

Please take a look ... you only have to watch for a couple of minutes to understand the horror of what Santa Rosa residents were viewing. After days of watching news footage of unrecognizable neighborhoods, we could now see an overhead image of destroyed homes while knowing the street names these homes were on.

* Note, the red areas are vegetation. The grey rectangles are destroyed homes. Every once in awhile you can spot an intact rooftop.

So here is where my question comes in. One of my agents called me this morning, asking if she could use a burned house as a comp in a CMA. At least one comp no longer exists and one we are not sure of yet, as evacuation orders have still not lifted in some areas as of this writing.

There is some irony to this question. The client in question is in the process of building a spec house. So the CMA may include homes that no longer exist to place value on a home that doesn't yet exist.

Groups:
Bananatude
Bartender, Make it a Double
"Whacked"!!!
The Lounge at Active Rain
What's Got Your Goat?

Elizabeth Weintraub Sacramento Real Estate Agent, Top 1% of Lyon Agents It's nuts here. The ONE good thing that happened is that our Sheriff retired 2 months ago. The acting Sheriff has been a godsend. If not for him, this disaster would have been much, much worse. I feel for those in Puerto Rico, I now understand the difference of having a disaster with leadership and one without.

Thankfully where I live we just had a lot of debris from trees. I am in Jacksonville, Florida, but some off my friends had flooding in their homes. They are still cleaning up and repairing their homes from the flood. Very sad. I am thankful that no one was hurt that I personally know. Things can be replaced but not lives.

Flooding is horrible. It's so hard to keep mold and mildew from spreading. I agree, lives come first. Our beautiful firefighters let a lot of structures burn because their priority was to get folks out of their homes. Glad you are okay!

The appraisers, and the lenders, are in a real quagmire on this.  Not just for a burned house as a comp, but when an entire neighborhood is destroyed, how do you determine value?

BTW, slightly off topic, but please see my question on the ActiveRain Q&A board about IRC Section 1033 Tax Deferment for Involuntary Conversion, including real estate destroyed by Fire (not the same as a Section 1031 exchange).  You may be able to pass that knowledge on to people who are going to just "cash out" of their destroyed property, and incur a taxable capital gain in the process.

Thanks Fred, I haven't been active on AR for a very long time, I'll see if I can find the Q&A board. I'm in the process of learning a lot about the clean-up process and fire insurance. It's mind boggling.

There are so many catastrophes striking so many places. I pray for everyone having to go through this kind of horror. Thanks for sharing.

Thanks for stopping by, Corey!

It is a grim reminder that mother nature is bigger than all of us. Having entire communities scorched to the ground is apocalyptic. What do people do if they are homeless?  How does it affect the economy, and how do they go to work or school every morning?

Some folks are working and living out of their cars right now. There was a story this morning about a wedding planner who lost everything, yet was able to manage 7 weddings as planned the past 2 weeks.

For those of us who don't live in areas where fires such as this take place, it's not something most of us have considered. I know I haven't.

I would say in a case where there are no other comps, it would be an extreme to use a burned house as a comp for the obvious reason that it can't be viewed. Perhaps the industry standard will allow for the distance from the subject property to be expanded to a closest similar property in a reasonably similar valued community.

Prayers to all of those impacted by this devistating fire.

I didn't think I lived in an area where fires like this took place. It is now the most destructive fire ever in California. Thank you for your prayers.

LOL, I just figured out how to respond to individual comments. It's been so long since I have been active on AR and so much has changed. I feel like a comment wh*re right now!

Cynthia- Even with hurricanes here, at least for most of us, our homes are still here after it passes- maybe without a roof or water inside but nothing like the devastation that CA is seeing with the fires.

The question you posed is such an interesting one and I hope that down the road, you'll post about how this question was answered!!!

So sad that this is even a question. Congrats on the feature!

Nice to see you back, Cynthia, albeit writing about the tragedy that happened up North. I sure hope these people are put right soon and the rebuilding begins.

I think a lot of folks are going to leave, but there will be others who will buy the lot and build. All of the insurance companies are running radio ads, asking for those affected to call immediately. Unfortunately, though, some landlords and sellers are trying to gouge. It makes me sick to see people who have lost everything get taken advantage of.

What an interesting question to ponder.... the obvious answer seems to be "NO" yet the question is not as simple as it seems.  Thanks Fred Griffin for the additional insight...

My initial thought was "no" as well. But then I realized I've done hundreds of CMA's and never checked to see if all of the houses on that CMA were still there and in the same condition. I'm going to write a follow-up post with what I decided. Thanks for stopping by!

If you are appraising a burned house, then other burned houses would seem to be good comps.

That's totally logical. In our case we aren't appraisers, nor are we trying to find value to a burned house.

I hope they are going to build it better than the ones that burnt down. Like maybe a concrete and brick house.

Georgie, we can't build brick houses here because of earthquakes. I don't know about concrete.

As an appraiser I have used sales that have been torn down to make way for new construction.  Of course this is in a neighborhood that was not affected by TOTAL destruction.  I would think that you can, but I would use it to help support value, not as a hat hanger...

I will think about the question further as I hate knee jerk answers/reactions...

You do ask a damn good question...

It is a question I thought about for two days. We came up with a solution, I'll write a follow-up post.

That would be like me substituting my age 30 weight and health data for my 62 physical exam....

Good question - and I sure don't know the answer. Another question will be "How long will it take to rebuild these homes?" From what I'm seeing on the news, the shortage of construction workers is a real concern right now. Skilled labor was in short supply even before all of this year's destructive events.

Having once lost my home to fire, I can definitely feel for all the victims. It takes years before you stop reaching for a favorite sweater or that pan that's just the right size for something you want to cook.

It will be interesting to see how many folks rebuild. I have a feeling many folks will leave. That will provide an opportunity for others to buy existing lots within city limits, once they are cleaned up, and build their dream homes. What is weird is that a couple of these in-town neighborhoods may now be classified as being in a fire hazard severity zone on the natural hazard report.

Sorry to hear you lost a home to fire. I can't even imagine.

Cynthia, I used to live in Sonoma County and have been horrified by what's happened.   I can't imagine the lingering PTSD that will affect thousands of people, let alone the sudden homelessness and financial distress in an area already plagued by high rents, lack of housing and low inventory like where I practise.    You've post a great question; please let us know how the problem is addressed.

It is really, really weird here right now. It will take a while to get over this. I will write a follow-up post to share the disclaimer we are including in our CMA's.

As agents- we see the effect first hand on how influence a "thing" such as a home impacts our clients. Having shelter is one thing- but the emotions of losing a home are huge. I am sure most of us have had clients break down crying over the purchase or sale of a home. I hope the residents of these neighborhoods are able to rebuild their homes and the lives they had previously.

I hope so too, Adam. Right now the county is doing everything they can to find temporary housing for over 6,000 displaced families. Not easy when housing was hard to come by in the first place.

Hi Cynthia Larsen  You pose an interesting question. Going to check here as a similar question could exist with hurricane demolished homes. Sending blessings your way. 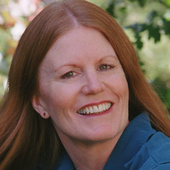