A few famous entertainers hale from the great State of Washington and the beautiful city of Spokane.  It is fun to  know the back story of their lives and visiting museums is just one way. Singer, songwriter, musician, actor -- Bing Crosby lived here from the age of 3 until after college. A crooner with a silky smooth voice, Crosby was famous for his "buh.. buh.. buh" in place of lyrics on a few of his songs.

The annual Holiday Open House is coming up and you can visit the Crosby House located on the Gonzaga University Campus for free. Bing left Spokane for Hollywood in 1925 but his legacy  is preserved in the  house he grew up in.  Many personal items such as pipes, photographs, scrapbooks and platinum and gold records are on display as well as movie memorabilia.

Bing Crosby is warmly regarded in Spokane.  Bing attended Gonzaga University but didn't graduate.  "Over the years he gave much more than money; he gave the University his name, his loyalty and the credit for his success". A bronze statue of Bing sits on the plaza of the Crosby Student Center at GU, sans pipe.  (The original pipe has been replaced several times and is currently missing.) Any ideas on who absconded with it?

Why not introduce the kiddos  to a Spokane icon?  First snuggle up in front of the television and watch a couple of Bing's more famous movie classics such as White Christmas and Going my Way.  Then visit the Crosby House at 508 E Sharp.   Everyone  just might enjoy the experience more than you would expect.  Make it an early Christmas present.

There is a lot to see and do in Spokane this holiday season and  several more interesting museums are listed here.

Enjoy the Crosby House for free the first Saturday in December.

I had forgotten Buh buh buh Bing was born in Spokane. What a nice claim to fame for the city and attraction for tourists. D 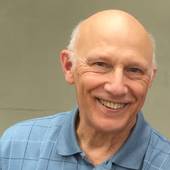