This kind of stories has been seen across America during the last year or so. It also hits home because this common predatory lending practices has also happened in our own back yard. We see homes along our own neighborhood street boarded up in an attempt to place them back on the market to avoid them from being vandalized and destroyed. Homes, were families once lived in. Creating an eye sore on our streets. So, who should be responsible for this economic heartache? The Mayor of Baltimore is suing Wells Fargo for their lending practices. Wells Fargo states that the city is to be blamed for issuing tax foreclosures for non-payment of the property taxes. Who is right?.

Many home owners have lost their homes for signing on the dotted line, trusting and believing they were doing a great deal for themselves. Without knowing their mortgages were going to balloon and the new payments were going to go up 50% to 100% and in some cases 150%. Loosing not only the American dream but, their inheritance.

Predatory lending laws should become more strict to prevent this from happening again. Realtors, do your part, assemble groups to educate the consumers. Let's rebuilt the trust that our community once had in us.

"Building a team oriented organization with accountable agents and staff.."

View my blogs at: www.C21casareallatino.blogspot.com

By DAVID KERLEY and DENNIS POWELL

In Baltimore, in the middle of the mortgage mess, a lot of despair has landed on Roy Miller's desk.

A foreclosed home in Baltimore, Md., during January 2008.

Miller, a housing counselor for a nonprofit group, is saving some of his neighbors' homes. Foreclosure filings jumped 25 percent in Baltimore last year, but in Miller's neighborhood, the number dropped, and he gets most of the credit in this credit crisis. Miller used to sell mortgages, so he knows the game. But many of his clients didn't.

"They can say this is a fixed rate but they don't tell you it's only fixed for two years and your payment is going to jump up $300, $400 in two years. You know, you do not understand that paperwork when they are sitting in front of you when you've got four hours of documents to sign," he said. "That's predatory lending."

Baltimore, like other cities, was flooded with cheap loans and became a subprime town. But city officials charge that predatory lending here was aimed at one group and was no coincidence.

Dixon has taken a bold step, suing the biggest lender in Baltimore: Wells Fargo. She says its practices were predatory and led to boarded up homes and entire blocks that are nearly deserted. Dixon maintains that Wells Fargo offered better deals to white people who wanted to own a home. She says she compared "apples to apples," evaluating black and white applicants with the same credit records, same type of housing requests and the same income levels, and says Wells Fargo took advantage of a vulnerable group of people.

Emily Wade took out an adjustable rate loan to pay bills and make home repairs, but when that loan ballooned she found it difficult to make payments. Her home went into foreclosure last year.

"It's like an avalanche. It goes like cotton candy," Wade said. "Before you know it, you're in trouble and you're getting a call you're in foreclosure."

While the house sat empty, she was often forced to sleep in her car, until it was repossessed.

"I cried," Wade said. "The home that I grew up in, a legacy that was left to me by my parents, it was lost forever. It was devastating."

Wells Fargo says the city is to blame by placing tax liens on homeowners who hadn't paid city tax or utility bills.

In asking a judge to dismiss the lawsuit, the bank said, in a preliminary statement, that it is being singled out: "This is an unprecedented lawsuit in which the city seeks to use a single financial services company as a scapegoat for broad social problems that have plagued Baltimore for decades, including some caused by the city's own actions."

"Nobody wins when foreclosures happen. The lender loses money, the borrower loses their home. And most lenders have sold that loan to an end investor and the investor loses money," Blackwell said.

While the city sues, Miller works. "In the beginning, it made me angry," he said of his clients' loan agreements. "And in some cases I got on the phone and had a discussion with the lender."

Miller works both sides: hammering lenders to renegotiate, and offering some tough love to his clients, such as Brandon Lee, who is three months behind on his mortgage and just got a warning letter from his lender.

Lee has been in his house five years. Two jobs for this single father of two are not enough. "You still need to think about ways that you can generate more income," Miller counseled him. "Because you don't want to live in a cash poor situation. This is reality right here."

Lee said, "He gave me some hope. I mean, as long as I do what he says, I have a better chance of keeping my home."

Lee's first renegotiated payment was due two weeks ago. He made it.

But Miller acknowledges that he can't save everyone. "You do your best, and we have been very successful. The percentages are good, but some people just ... you can't save them all. Some people had no business in the first place."

So, now it's Miller's business, trying to save one home at a time. 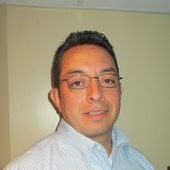