Smoke alarms are an important defense against injury or death in house fires. Statistics from the National Fire Protection Association show that nearly two-thirds of home fire fatalities occur in homes with non-working or missing smoke detectors. Most building codes now require smoke detectors in all residential structures, which has resulted in a steep drop in fire- and smoke-related deaths. Homeowners should check with their local public safety office or fire department for specific information on these requirements. We asked Roberto Sarjoo, Marketing Manager for Pillar To Post, for his tips on smoke alarms.

Great reminders for smoke alarms.  They are so inexpensive, yet most homes don't appear to have them in all the right places.  This often comes up on home inspections!

We had ours professionally installed and also included carbon monoxide checking.

Excellent tips, Rhonda.  I like the idea of the wireless smoke detectors that communicate with the others.

Just sold a condo in Chicago and inspector saw I was missing one smoke detector. Uh-oh. Guess requirements had changed so keep up with that too!

Rhonda --- thank you for the words from the wise....Bookmarked this post --- important stuff.

It is!  Good for you--keep notes on all good tips.

Great post and reminder. Such a small cost to prevent large/costly issues.

I've always been very cautious and over concerned, it seemed, over the possibility of fire. Then I found out from a psychic that I had died in a fire in a past life. Makes sense to me!

Congratulations on getting your post featured!    It's hard to believe how many people take their alarms apart out of annoyance, leaving themselves and their loved ones exposed to such a costly, hazardous and potentially deadly risk.     If it's alright with you  Rhonda Sanderson , I'd like to re-blog this important information.

Congratulations on your post getting featured. This is great advice, especially for rental properties. Thanks for sharing.

I have found that smoke detectors can be a deterrent to a house selling.

I have show many houses that had a detector chirping. I notice the buyers are annoyed by that constant noise.

I have never sold a house that chirped.

No chirping allowed. Check batteries before taking buyers in.

Hi Rhonda - I came to thank you for posting this great information which I saw this morning from the re-blog by M.C. Dwyer. I would also like to re-blog this and get the news out to my readers, too. Thanks!.

Rhonda Sanderson Equally frightening: I have twice been in work situations where people IGNORED the fire alarms going off. In one instance, it was, fortunately, a drill. In the other, it was a REAL FIRE in the basement, and people ignored the alarm because there had been false alarms going off all week during testing. NEVER IGNORE THE ALARMS. A dozen people could have been hurt from the basement fire.

When I think about smoke detectors, I think of neighbors - an elderly couple who lost their life in a home fire several years ago.  They didn't have a working smoke detector in the house. 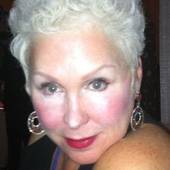