To say 2017 was a roller coaster for our area, is an understatement.  Houston started out the year being the center of attention as Lady GaGa catapulted off the top of NRG stadium into the screaming crowd at the Super Bowl.  Our fair city hosted folks from far and wide who watched one of the greatest comebacks in Super Bowl history.

We rocked along with a normal, hot and humid summer until August, when we had a most unwanted visitor-Hurricane Harvey dropped 51 inches of rain on our city.  Thousands of gallons of water fell and it was more than our flat landscape could handle.  Bayous, creeks and rivers went our of their banks.  In my subdivision we prayed that the Brazos river would crest somewhere under 59 feet because our levees would be useless at anything over 59. September began a long, slow recovery in the Houston area.  Thousands of homes, and tens of thousands of vehicles were totally obliterated by stinky, muddy murky water.  Many areas that had never experienced flooding before were totatlly wiped out.  Piles of debris, representing many families lives, rose three stories in the air at our local soccer field.  Mattresses, cabinetry, sheetrock, furniture and sadly, toys were dumped by debris trucks and actually ground up before being trucked to the land fill.  There is nothing sadder than a truck full of trash with a brightly colored teddy bear, the kind you might win at a county fair, strapped to the back ladder.

In the midst of our recovery, we were temporarily distracted by a group of guys who pretty much mirror our citzenry here in Houston.    Our  Astros took it right down to the last game of the world series, but brought the World Series trophy home.  It was a hard scrabble win and, yes, there were several times that even the most loyal fan had to doubt if it could really happen.  This group of very different individuals became a cohesive team and got it done.  Many of the players have said that they knew in spring training that this team had something special.   They won the last game 5-1.  Some said it was quite the conincidence mirroring 51 inches of rain.  A local news station posted a picture of a flooded out homeowner, watching the game in his gutted out home. Down but not out.

Our Texan hopes were dashed by the injuries to JJ Watt and Deshaun Watson.  During the flood, JJ tried to raise $200,000 and ended up with $37 million, a feat, I'm sure he even finds hard to believe.  JJ and Jose Altuve were voted Sports Illustrated Athlete of the Year, another feel good victory for us.

Much like the Astros, the people of Houston come from all backgrounds, countries and cultures.  In the midst of our disaster, I saw people from everywhere, speaking every language, just trying to help resuce, then muck out a house to be rebuilt.  No one asked your political leanings, religious beliefs or country of origin as they came to pull wet sheetrock out of your house.

Houston housing was on a roller coaster as well, first with a bit too much inventory and competition from new home builders, then from a shortage of rental property due to the displacement of so many folks.  At the end, we look to be coming back to a more even market, hopeful for no disasters in the coming year.  We do know this.  Whatever comes at us in 2018, we can handle it.  We are #HoustonStrong.

A tough year for so many Jeanne, a few friends of mine joined in the forces that helped to clean up Houston.

You are Houston strong and I too hope 2018 is kind to you all.  I hope the recovery efforts continue to help rebuild and recover. D

Good morning Jeanne - I admire the people of Houston.  You have a great city.  Onward and upward!

Good morning Jeanne - I am certainly glad that 2018 is a quiet year for hurricanes.  I hope it continues. 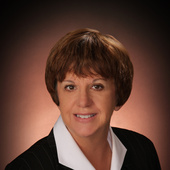