Park City, UT is often referred to as “Bark City” by its residents, but many Home Owners Associations aren’t so dog friendly. What can you do when your Buyer or Renter has an emotional support dog?

I met someone the other night at a social function who told me he was a member of a home owners association board of directors. He mentioned having recently dealt with a renter with an Emotional Support Animal.

The Homeowners Association (HOA) has a strict ‘no dogs’ policy. The renter presented the HOA with a Certificate of Registration for the dog and a letter from a psychiatrist stating that the dog is an essential part of the renter’s treatment for anxiety. So, the question becomes: which one wins, the rules of the HOA or the renter? A 2013 newsletter from the US Department of Housing and Urban Development (HUD) states this:

Further: “Disability-related complaints, including those that involve assistance animals, are the most common discrimination complaint we receive. This notice will help housing providers better understand and meet their obligation to grant reasonable accommodations to people with disabilities that require assistance animals to fully use and enjoy their housing.”

HUD’s new notice explains housing providers’ obligations under the Fair Housing Act, including the requirement to provide reasonable accommodations to people with disabilities who require assistance animals. Pet restrictions cannot be used to deny or limit housing to people with disabilities who require the use of an assistance animal because of their disability. Housing providers must grant reasonable accommodations in such instances, in accordance with the law.

In effect, the renter is stating that they have a disability and that there is little that the HOA can do in terms of disallowing the dog without being in violation of the Fair Housing Act.

The HOA director I met checked with a friend who is a lawyer who told him that: “you don’t want me to fight this, you can’t afford it.”

In a recent dealing with a client with an emotional support dog, I initially thought to nudge toward Park City complexes that do not have a ‘no dog’ policy, but I realized that even that could be construed as a violation. In the end I made sure that the client was aware of the policies of the HOA’s and directed this potential Buyer to a few attorneys that specialize in dealing with these issues.

So Rainers, I'd love to hear your thougts and experiences in dealing with this too.

I think that a neighborhood for dog owners would be a great thing.

I think this shows a bit of how tough it is to regulate.

I have not had this experience . I hope hoa s in the area will read this. I will share this with others.

It does present some interesting issues, I'd love to hear from some HOA's. 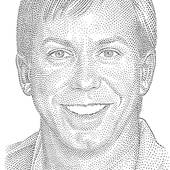