So how much have home values changed in Brookside since 2016? In the past five years?  I'll give you the answers in this blog...but take a guess before reading if you like! Here's a hint:  they have increased, not decreased!  First, we'll start with December 2017 numbers; all figures based on the main Brookside zip code of 64113:

In December 2017, eight homes sold at or over list price, and sixteen homes homes closed at over $400K.  Now let's look at year end figures, with comparisons to the past five years:

I predict Brookside will have another strong year for home sales, with demand especially high in the $200,000-$350,000 price range.

(All figures taken from Heartland MLS; deemed reliable but not guaranteed.) 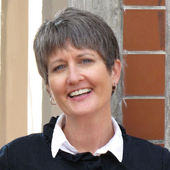