2017 is now in the books, and it definitely took us for a wild ride! With low interest rates and strong economic indicators, home-seekers were out in force. Many areas of Northern Virginia continued to experience strong sellers’ markets, with many sellers enjoying competing offers.

While the entire US experienced healthy average growth in sales year-over-year from 2016, NoVA home prices were up over 7% in November 2017, according to the Northern Virginia Association of Realtors (NVAR). Total sales were up 5%, despite an 11% decrease in listings. Fewer listings and increasing demand was a recipe for rising prices. What does 2018 look like as we enter a new year? Surprise, surprise…more of the same.

In a recent survey by Pulsenomics, national home prices are expected to increase an average of 3.35% per year over the next five years, with a cumulative increase of 24.34%; however, price increases are largely tied to availability, so in tight market areas such as Northern Virginia, it’s not unreasonable to expect that our average increases will continue to exceed the national average. Inventory levels are expected to continue to be tight. According to a recent survey of industry experts by The Mortgage Reports, Mike Pappas, president/CEO of The Keyes Company, suggests that even if builders were to respond to demand with more new homes, or if higher prices entice more sellers to the market, the new inventory “will be quickly absorbed. This will be due to low interest rates and pent up demand by first-time buyers.”

There are, of course, some wild cards that could impact price expectations and inventories…namely, interest rates and taxes.

In general, rates are expected to continue to rise. The Federal Reserve has already stated its intention to continue to raise interest rate levels into 2018 and beyond, barring any major changes to economic outlooks. That said, Craig Garcia, president of Capital Partners Mortgage, outlined for  The Mortgage Reports, “The Mortgage Bankers Association and Freddie Mac have predicted gradual increases in 30-year fixed rates to 4.8 and 4.6 percent , respectively. A rate of 4.6 percent seems a very reasonable speculation.”

Kurt Westfield, managing partner with WC Equity Group, believes “Certain sectors and locations will perform better than others and retain core stability. There will likely be some softening in the market as interest rates continue to increase, as expected, and valuations continue to mature.”

Rising interest rates could sideline a few potential buyers, which in turn could help cool the hot market in Northern Virginia. Higher interest, coupled with sellers pushing the limits on asking prices, might quell some demand, but demand has been pent up for so long that many buyers will persevere.

We’ve already reported in a previous blog post some of the expected impacts to tax reform on homeowners, buyers, and sellers. However, there are a few uncertainties.

A dampening effect is expected on sales and available listings in areas of Northern Virginia where home prices exceed the mortgage limit to deduct mortgage interest (which will be $750,000).

By contrast, Clifford Rossi, a business professor at the University of Maryland, told The Mortgage Reports that taxes could “wind up having a limited impact on the market as owners adjust and offsets from lower tax rates kick in.”

Experts are still analyzing the total impact of the tax reform changes on tax filers, and there are some things we may not even know until we feel the changes in the pocketbook…good or bad. This makes predicting the impacts on the real estate market somewhat difficult.

If you are in the market for a new home, don’t wait. Do it now. With interest rates on the rise and higher home prices expected for the next five years, waiting could cost you thousands of dollars in increased costs and interest. There may not be a better time.

The Gresh Group can help you find the perfect home for your needs, as well as help you sell your current home. If you have any questions, give me a call at 703-328-3434 or send me an email at Janet@TheGreshGroup.com. We can discuss specific details about your property and what buyers are looking for in your area. I look forward to hearing from you! 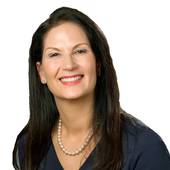