Buyers from California or "Kalifornia" as those relocating to Nevada refer to the State, are flocking in in droves to buy a primary residence and make NV their home. This is due in part to the new tax laws as well as political factors.  Let's just say that this morning I received an article from a buyer wishing to relocate here. The thoughts and concepts are not my own, but rather exemplary of those seeking to leave California.  Below is the first paragraph:

"Kalifornia" is still leading the way... but unfortunately now things couldn't be further from the trends of a bygone era. There are roughly 50 million people living here now, it has been overrun by illegals, Draconian anti-gun laws, and a bat shit crazy governor with a state legislature that has a super majority of far left lunatics. It is a welfare state on steroids. It has passed the point of no return.

I am sure not everyone who lives in California feels that way, but many of those moving to Las Vegas do. hence the exodus.

Given the 50+ million people, real estate values in California have soared over the past decade and smaller homes still cost over $1 million and they sell rather quickly at that.  Typically, we ask buyers what they want to spend on a Las Vegas or Henderson home, and the answer is usually, " Not more than a million", or " A million plus".  This bodes well for luxury homes in Nevada. The photo above was taken as you enter Lake Las Vegas Parkway.

NV has NO STATE INCOME TAX. NO CORPORATE TAX. NO INHEIRTANCE TAX. NO INVENTORY TAX. 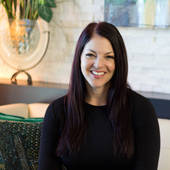