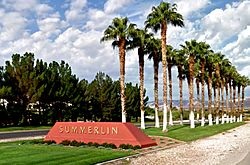 RCLCO rank is determined by the number of new homes sold, and in 2017 Summerlin laid claim to 1,052 new homes sales - the strongest performance since 2006.  Greg Logan, managing director of RCLCO said that Summerlin has appeared on the annual list 22 times since the company started tracking 24 years ago.  He stated “The community was ranked No. 1 as the nation’s top selling master-planned community eight times between 1994 and 2002, putting Summerlin in the company of only a handful of communities nationwide to enjoy such remarkable and sustained success.”

Kevin Orrock, president of Summerlin for the Howard Hughes Corp, commented that Summerlin reached sales levels not experienced in over ten years. The entire Las Vegas Valley has seen strong economic growth and a significant number of buyers that are relocating – especially from a higher priced market such as California.

Here are most of the highlights for Summerlin in 2017 and continuing on into 2018:

If you own an existing home in the Las Vegas Valley and are looking for a newly built home in Summerlin from the following homebuilders- CalAtlantic Homes, Pulte Homes and Woodside Homes contact the Nevada Builders Trade-In program operated by The Smith Team –Realtor-Keller Williams Las Vegas Realty.  We work with these plus Beazer Homes and Century Communities plus we also work with other builders other than our builder partners that are sitting with standing inventory and we offer similar benefits as the Nevada Builder Trade-In Program.

Keep in mind that whether you are interested in buying a home or listing a home, a Realtor should represent you– this person is working for your benefit and will help you navigate through the buying or selling process.  I have thirteen years in New Home Sales and fifteen years in General Real Estate sales! 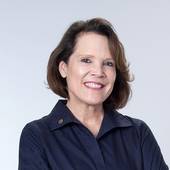