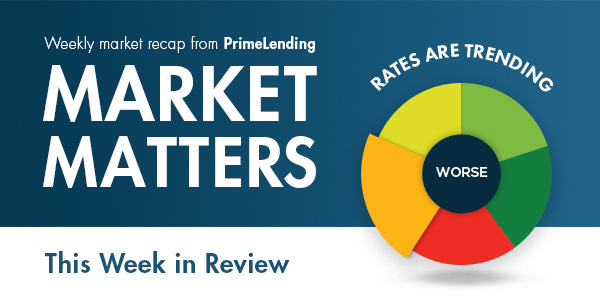 The January NAHB-Wells Fargo housing market index dipped two points to a reading of 72 from 74 in December. The data was right on with market expectations, as the consensus forecast was for a modest fall to 72. The NAHB index is at an elevated level that reflects some more significant optimism among homebuilders—rebuilding activity continues in disaster-affected areas, the housing market continues to suffer from problems with low supply, and the overall economy has some good momentum.

Housing Starts for December fell by 8.2% to a 1.192mln unit rate from an upwardly revised 1.299mln unit rate back in November. The level of starts for December is well below market expectations and now the weakest print since September. A drop in single-family activity looks to be the driver, mostly on the heels of bad weather, with starts down almost 12% vs. a 1.4% increase for multi-family units. However, looking at an annualized basis, single-family starts remain up 3.5%, while multi-family dropped 22.6%. Finally, building permits fell by .1% to a 1.302mln unit rate from a previous 1.303mln unit rate in November, coming in slightly better than consensus.

On Wednesday, the Dow gained 322 points and closed above 26k. This marked the fastest 1k point climb in the Dow’s 121-year history, taking just eight trading days to jump from 25k to 26k. The previous record was 23 days for the climb from 23k to 24k.

The House passed a bill Thursday night to keep the government from shutting down at midnight on Friday, however, it now needs 60 votes in the Senate and Democrats have specifically noted that they have the votes to block it. If lawmakers cannot get something passed, hundreds of thousands of workers would be furloughed, federal contracts would be suspended, and government services that support any private firms would be stopped. According to the WSJ, “the risk of a standoff has intensified amid partisan fighting and disagreement over immigration, defense spending and other policies.”

As the headlines around the increasing odds for a government shutdown have appeared to take some steam out of equity markets in the past few days, if there is news of a “pass” on Friday, we expect stocks to regain their footing and for Treasuries to ultimately be subject to some more pain. For the time being, we can’t stress enough how important it is to keep your pipelines in order and get your loans locked in. As we’ve noted, at some point we should see some relief, but we need to play defense until that opportunity opens up. Looking ahead to next week, the calendar is fairly light with the top tier data points being Friday’s releases of GDP and Durable Goods.