About six months ago, I staged two vacant homes that had been sitting for months with little interest. When I agreed to take these jobs, it was rush rush,, gotta have it done by Friday... "We have scheduled an open house !" sorta deal.

Both of these homes were built in the 70's and really needed updating. But the homeowners and the Realtors thought that if the homes were staged, it would downplay the negatives.

So, I did my "magic" as best I could, and then I waited to hear the follow up comments from the Realtors after the first open house..  The report was that while the staging was admired, it was not enough to fool anyone as to the REALITY that these homes were going to require some upgrades.

I then proceeded to make a list  of tasks for each of the houses that detailed what was needed to lessen the fears of the prospecive buyers. None of these fix-ups was very intrusive or costly. Things like replacing light fixtures, painting some rooms, updating cabinetry hardware, etc.,

Bottom line, the homeowners declined to undertake to make ANY of these changes and after several months, my staging came out, and the homes are still for sale.

I have a feeling that there are lots of stories like this, and I've been asking myself if , as stagers, do we do our profession more harm than good when/if we take these kinds of jobs ?..Was my approach re the upgrades wrong? It's a very touchy issue to tell a homeowner that his pride and joy is not percieved that way by the buying public! And how do we get the homeowners to realize that with so much property on the market, they MUST accept that it is indeed a competition.!?

Groups:
Stage It Forward...
The Art Of Marketing You
Home Staging
Staging Secrets

Anne - All we can do is give the home sellers our professional advice and it is up to them to take it.  I do believe if the property is in really bad shape or so outdated it might be better not to actually stage the property but give an extensive consultation of your upgrade recommendations etc..

Anne, I gave a consult today on a  1970's property that had been on and off the market with several different realtors since 2006. Apparently the owners do not want to spend any money for anything--- but the new Realtor says I am supposed to convince the  owners to do the work necessary to get the place sold.

Right!   I told them that they would need to have a house inspector's written report to give to the prospective buyers and price it at as a fixer upper-   or spend $100,000 bringing it up to standard. The lot alone is worth $290,000 but the house needs every system renewed from roof to heating to kitchen to baths. The Realtor suggested $409,000.

Sometime the buck stops at the stager!

Marilynn Staging for Top Dollar -Stager 9 from the west coast of BC.

Anne: We also learned this lesson the hard way. We currently have a stage in a home that has been on the market for awhile. The home is not clean and the landscaping need lots of work. The owner felt all he had to do was stage the home and it would sell. The property still lingers. As part of our stage, we always replace any burned out light bulbs and clean any room we stage but we are not housekeepers, landscapers or windowwashers.  Some homeowners lack the motivation to actually SELL. Hopefullly we will all get better at identifying these sellers early. Good post!

As a home stager it is our job to recommend that ALL changes be made to the home. I agree that if the bones of the house are not great, then all the furniture and accessories in the world will not fool a buyer. They shouldn't. That is why I developed my own team of contractors and we paint, replace light fixture, flooring etc and THEN STAGE. It works everytime

All the updates should have been performed before you staged the property with furniture. As what Phyllis said, staging is much more than just putting furniture in  and if it was a 1970s home, then there were probably many things to upgrade. Sounds like the clients were into fooling the public and that is something you never want to be involved with. Just remember that YOU are the professional asked to prepare the property for sale... it isn't their home anymore ;)

I hear you. Here is the thing. If clients do not want to invest in a new kitchen then what are you going to do. Hopefully, the they listen to the Realtor and price the home at the right price. This seems to be the bigger problem.  Clients are not listening to the market and pricing the property where it needs to be. Its very telling when the house is staged and shows beautifully and they have done everything to make it sell but then don't price it correctly and it sits on the market for months. I have one that has received two offers at 1.3 and it is still sitting there at 1.49 no amount of staging is going to help get 200,000 more than the market will bear. it's a tough one. Kym

Give them your best shot then it is up to the Seller to take the next step.

I don't think it is any refletion on you, I just think some Seller's are penny wise and dollar foolish.

I've recently turned down a few vacant staging jobs because the sellers weren't willing to do basic things like painting, replacing outdated light fixtures and old toilets, cleaning windows, etc.  No amount of staging will help in a situation where the house isn't sparkling clean either.  I just tell them that their money would be better spent taking care of these necessary items, and then I'll be happy to stage the property afterwards if they want their property to appeal to the target buyer.  By the way, in one case where I turned down the staging job, the sellers took what I said seriously and did the recommended repairs, and then hired me for the staging job as well.

If the sellers are not willing to do necessary improvements, I wont do any more than a consultation and redesign.  I will help them with de-cluttering, furniture arrangement, etc.  Vacants - no.

Anne - I feel it's important that the homeowners AND the Realtor hear from the stager up front that a successful sale is dependent on a trifecta:  pricing the house appropriately and marketing the heck out it (Realtor's role); great staging by a professional (stager's role) and homeowners who are 100% on board with both the stager's and the Realtor's recommendations and efforts (that is the homeowner's role).  If the homeowner resists pricing appropriately or following the recommendations by the stager or Realtor, then they're sabotaging their own sales efforts.  You get that a lot in divorce sales where the soon-to-be-exes can't agree on strategy. 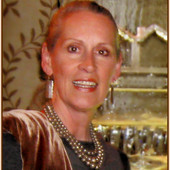