In the Fall of 2014 one of my San Jose rental property investor clients needed to do a 1031 exchange for about 1.5 million dollars worth of property. She needed to replace about $60,000 in net income.  We were faced with the following conditions:

1.Even 2014 finding a 4% CAP rate in the Silicon Valley was not easy on the Peninsula

2. Finding newer construction which would help keep the repair costs down and CAP rate up was very difficult outside of Downtown San Jose.

3. While inventory was low in places close to the employment centers in Santa Clara/San Mateo counties there were 90 condos on the market in downtown San Jose.

4. Major tech companies were looking at buying up some large industrial parcels close to downtown San Jose and in fact Samsung and Apple had already started the process.

5. Young tech workers were choosing to live in down town San Jose and filling up places like San Pedro Square on week end nights and using public transportation to get to Mountain View, Palo Alto, etc.

It was was for me to see that investing in downtown San Jose condos was going to pay off big time, both from a cash flow and investment perspective.

For the past 3 years she has gotten her 4% return on investment after expenses with good appreciation, until last summer when appreciation went through the roof. One bedroom Brickyard condos are selling in the high 400,00's and studios at the Axis are selling in high 500,000's.

On June 6, 2017 Google announced they were expanding into Downtown San Jose and since then every metric of real estate appreciation has shown phenomenal growth. The months of inventory in downtown San Jose condos (amount of time it would take to sell off all of the current inventory at current pace of sales dropped from .62 months in June to .025 months in Dec of 2017. These numbers are made even more remarkable by the fact that historically most Silicon Valley appreciation occurs in the first 6 months of the year, not the second 6 months.

And so you can see that the Google bump is making buying a condo in Downtown San Jose very difficult, and much more expensive. It may be time for a San Jose real estate investor to think about looking further south to find the next area of such wild appreciation while getting the best CAP rate possible right now.

If you have any questions about buying a San Jose or Silicon Valley rental property please feel free to contact me. 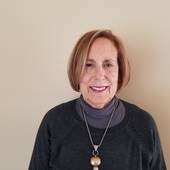