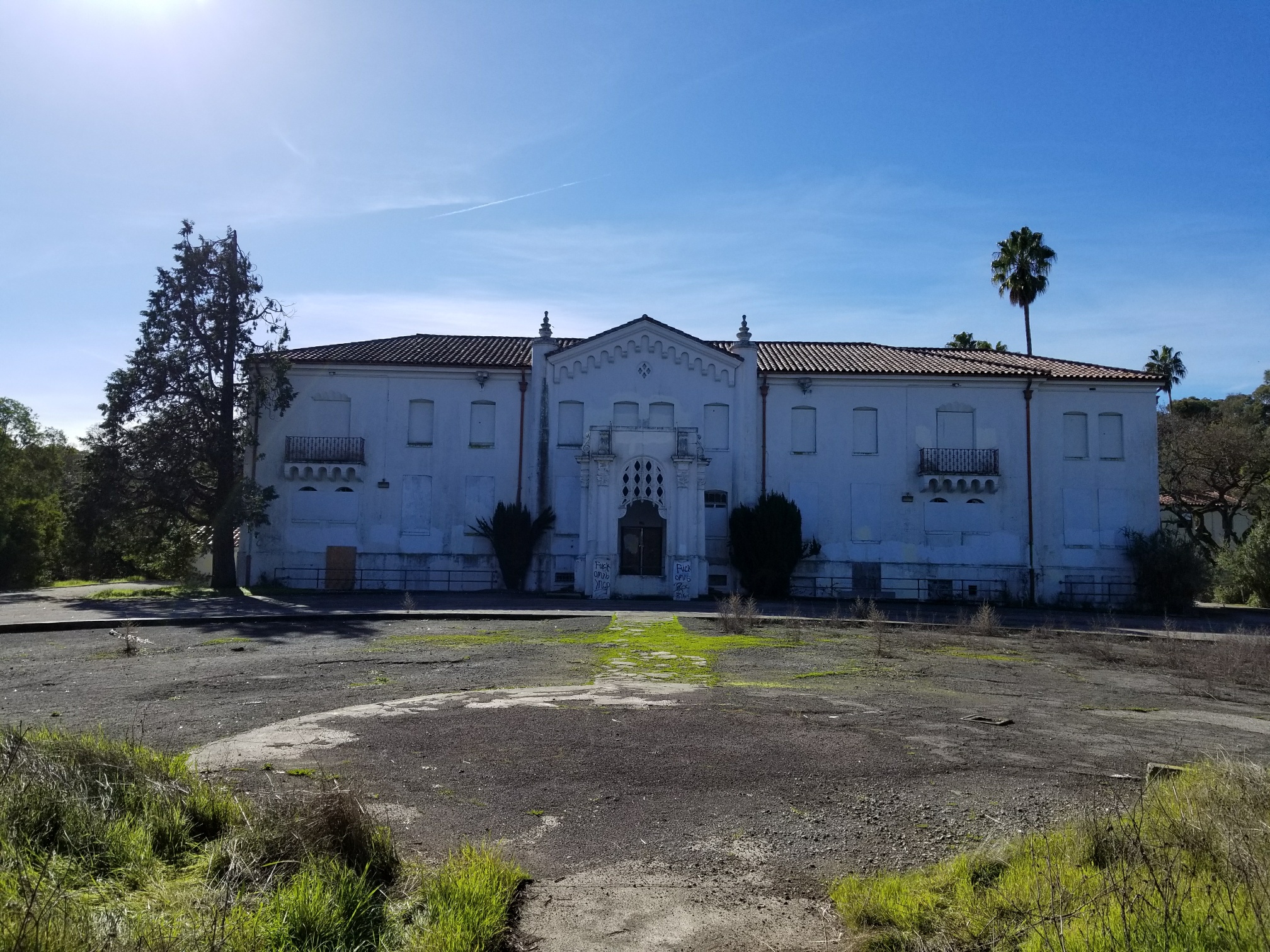 A while back, my little boy was attending a birthday celebration for one of his friends at a playground in the Hamilton neighborhood of Novato, CA.  Hamilton was a WWII-era Air Force base and you can still see the remnants of it in some of the Spanish Revival-esque buildings --- a few of which are now in a serious state of disrepair.  Since I had a fairly low tolerance for Frozen and face painting that day, I decided to cut out of the party for a bit and take a short walk.  Ultimately, I found myself peering into the boarded windows of what used to be the hospital.

As I returned to the childhood revelry across the overgrown parking lot, an elderly resident who was walking his dog volunteered that there had once been an American POW who convalesced there.  He went on to say that particular veteran was a survivor of a raid launched on Japan as retaliation for Pearl Harbor. And though nobody would confuse me for a student of history, I had never heard of such a military operation. As the airman recovered at Hamilton, his stay was abruptly ended when the general who led the mission showed up, told the nurses to provide a wheelchair and then summarily returned the lost hero to his family somewhere in the Midwest.  I wasn't quite sure if this guy was a history buff or simply just putting one over on me...

I was fascinated and eventually researched this into the "very likely true" category. The mission was most certainly the 1942 Doolittle Raid. The planes took off from carriers, bombed Tokyo and then made a beeline for safety in China, as their B-25s didn't have enough fuel for a return flight, and wouldn’t have been able to negotiate a carrier landing even if they did have the range. Many of the crew members survived the attack, including the likely aviator/patient here, 2nd Lieutenant George Barr, though he was captured by the Japanese once on land. After three years of torture and detainment, he was near death when liberated and experienced severe emotional problems, eventually leading to his stint at Hamilton. General Jimmy Doolittle personally stepped in to see to the treatment that led to his recovery. Barr died of natural causes in 1967. Doolittle himself died at age 96 and at his service another member of the raid itself, Colonel Bill Bower, sounded a final tribute on the bugle. When he succumbed to emotion, Doolittle’s great-grandson stepped in and played Taps. Can you imagine what that was like?

The Doolittle Raid did not inflict massive damage on Japan but it proved to the allies that the island was vulnerable to aerial bombardment and it provided a significant morale boost to the Air Force of that time. The rest, as they say, is history.

Hamilton today is a desirable suburb of San Francisco and Novato continues to attract Marin's first-time buyers due to its (relatively) accessible price points.  We help a lot of Novato and Hamilton homebuyers and homeowners with their mortgage needs and I've witnessed that as commute times have lengthened, Hamilton's location as the southern-most Novato exit has not gone unnoticed.  In 2016, 2017 and likely again in 2018, I expect that homes in the Hamilton area will attract great interest.  Part of this is due to easy access to bay activities, the levees that offer miles of tranquil bike riding or dog walking and close proximity to shopping and excellent schools.  The running club to which I belong, the Tamalpa Runners, often holds a club race that circumnavigates the old runways and hillsides that contain the old base.  The pace there is not quite as tranquil...

If you need help with the mortgage programs that are most often employed in Hamilton, give me a call any time.  While I may be a history hack, I am a home loan expert.

Rob Spinosa - I read with interest your blog post and was most impressed how the story began to unfold for you. The architecture of that building is very unusual and as time goes on fewer buildings like that will remain. You were lucky to peak inside and find out about its history. To look at the old building, I never would have guessed it to be an old hospital.

The story shared by the stranger walking his dog was quite a history lesson! A VET's story, especially a POW's is something we should preserve and memorialize. I wonder if the local VFW has additional information? How often does one hear stories like that, except from the History Channel. I would bet many people have walked past that building and never knew what went on there. Stories like that need to be preserved. As far as the building goes, preservation is difficult for many communities who lack funds. As far as the storytelling goes, it does sound believable and not some made up story.

Rob, I was impressed you did further research. The stories need to be passed down to your son and the children from that location.

I wish more Boy Scouts and Girl Scouts would be taken to places like this to learn more about U.S. History. Although going through the research in libraries is time consuming, I hate to hear about lost history or history that was so important at one time, now ignored or forgotten. Once that building is gone, who would even wonder something like this did exist?

I would be interested in hearing what other AR blogger's thoughts are on your fascinating story, i.e., Endre Barath, Jr.  or Bruce Walter who seem to have a passion and more knowledge about U.S. History than me.

Hi there Rob, it's interesting that a casual walk, turned into a chance encounter, with the right person, and that it led you to more research. Life is truly filled with amazing moments.

If we just stop and talk with people we can discover so much about life, history etc. Glad you shared the story, I think I heard about this growing up and there was a movie made about it, Thirty Seconds over Tokyo.

Rob, what a great story and how great that you took the time to listen about a very special story and now only ONE of the Doolittle Raiders survives.

I sure hope that building can be preserved, and how great for you to share this with YOUR next generation, as well as the AR family. Rob it's as if you were meant to talk a detour that day! What an interesting story about this neighborhood. Thank you for sharing it!