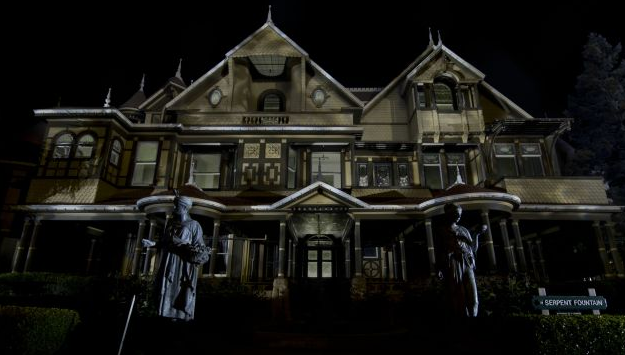 See the photo above? Imagine walking into that place.

Now go even further - IMAGINE...Walking up stairways that lead to the ceiling. Being surrounded by the number 13 (bathrooms, stairway steps, window panes, etc.) Stepping into a room where séances were once held. Opening doors that lead to a two-story drop. Creaking floors. Encountering a "7-11" staircase. Opening doors leading to nowhere. Peering out of windows with spider web designs. Walking through a shadowy and pervasively chilly atmosphere. Can you handle that? How about a midnight tour with nothing but a flashlight to pave your way?

Owned and built by widowed rifle heiress Sarah Winchester, and known for it's ability to unnerve, perplex, and fascinate, local tourist hot spot (literally just a few blocks away from our headquarters) "The Winchester Mystery House" is shrouded in eccentricities, intrigue, rich history, and reportedly prone to exhibit paranormal activity (which is fitting given it's peculiar and dark background). Mrs. Winchester staunchly believed, based on factually chronicled interviews and statements from family, workers and the widow herself, that the ghosts or spirits of people who perished at the barrel of her deceased husband's rifles were habitually haunting her and her entire family. She went to painstakingly great (and strange) lengths to either appease and/or confuse the entities engulfing her life (the latter being evidenced by the bizarre architectural choices and patterns - see adjacent photos). Believers and skeptics alike continually  find themselves asking: was she indeed besieged by hostile and vengeful otherworldly entities, or simply driven (for some unknown reason) to fits of delusions and mental deterioration? Either way, she has left a compelling legacy - arousing a sense of majestic beauty and existence of the supernatural. To this day, tours of 110 of the 160 rooms in the Winchester mansion are held on a daily basis. If one tour wasn't enough, access to hidden rooms and spaces during the newly launched "Explore More" tour tantalizes folks to head back for a second visit. You can even book private parties (for weddings, holidays, birthdays, etc). What's more, die-hard fans are able to purchase a coveted Skeleton Key unlocking (both figuratively and literally) exclusive access to virtually every happening at the Winchester Mystery House.

A film about the notorious home, starring Academy Award winner Helen Mirren, is actually being released this week (February 2nd) nationwide - with a special premiere party being hosted at the Winchester Mystery House. Feel free to watch the trailer, below:

How very cool and interesting!

Thanks, Sharon Kowitz! Have you ever visited the Mystery House? - Tim 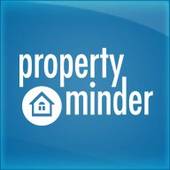