Remember the play, "Waiting For Godot"?  From the theater of the absurd comes this disturbing play about two people waiting at a road crossing for a mythical person called Godot.  They ponder what Godot is like, what he'll say when he gets there, they fear his presence but stay and wait anyway.  It's irrational behavior at its best (or worst)

If you were to write the play today it would be called, "Waiting For the Bottom of the Real Estate Market" and would closely resemble its near namesake.  The dialog would focus on whether the bottom had been reached or not and if not, the terrible consequences of buying when housing values could drop even further.  Then the discussion would change course and the characters would discuss the irreparable damage they could cause themselves if they waited until the market corrected itself and they bought after prices actually went up a bit.  Oh the thought!  The bottom of the market won't be reached at a moment in time or even in one specific place.  It will be reached at different times in different places and you won't know it's been reached until (you got it) PRICES START UP!

A better strategy would be to adopt the philosophy that you would begin to make your own market!  What a concept!  You pay what you feel is a good price or you don't buy!  You can only achieve this by researching the market, establishing a strategy to follow and then implementing your plan by offering to buy a property.  This is the rational approach to the market.  To stay out until prices go up is, well, WAITING FOR GODOT!

I would like to welcome you to Active Rain!

I hope to see more of your blogs in the future!

Educate us, learn from others and don't forget to have a little fun while you're at it!

Welcome to Active rain - Careful it can become very addicting.

Welcome to Active Rain!  This is a great community for learning as well as sharing.  There are some great blogs that you can check out.  Watch out though - it's addictive!  Have fun!

Welcome to Active Rain and congrats on your first post! The opportunities to learn and network are incredible here. Best of luck to ya!

Welcome to the Rain, make sure that you browse the site and become familiar with everything this site has to offer.  The more you browse the more you will learn.  I have found this site to be really helpful to me.  If you have any questions, please don't hesitate to email me, I will do whatever I can to help.

Dennis, Welcome to the best network around. It is great to have you hear among us and I wish you much success here.

I just stopped by to welcome you to Active Rain. I hope that you find it a great benefit to your business and that you see the value that I have also found here. I am from Charlottesville Virginia and using Active Rain has really increased my business!

My main blog on Active Rain is here: Charlottesville Real Estate Blog, not the link at the bottom of this post.

I hope you will look into the many groups as there are some great group both local and broad based,.... 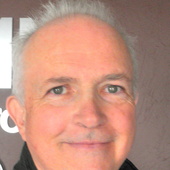