IF ONLY... THERE WERE MORE CLIENTS LIKE THIS ONE

About 8 years ago I listed a home in a very high end neighbourhood, close to $1,000,000.. the home was beautifully, and tastefully deocrated with warm neutral tones, a very harmonious atmosphere.  It had all the amenities you would expect in a home in this price range. The front doors alone were $10,000!!  Get the picture???  It also had great curb appeal which helped. Before I arrived on Sunday evening to list the property, the clients spent the entire weekend ensuring the house showed like a model home!!  Wow, I was very impressed… I didn’t have to do a thing, the lady of the house did a terrific job and added little touches that enhanced the already warm and inviting atmosphere.

After a few days on the market I had some feedback from two other agents about the broadloom in the master bedroom…. it had buckled quite badly and there were numerous ripples throughout the room.  I had mentioned this to the Sellers when I first saw their home, but they didnt seem to think it was importnat and did nothing, but now others were mentioning it too.

I had to provide this feedback to the Sellers, so I wrote him an email and provided the feedback from the agents mentioning the buckled carpet.  I also reminded him that I had mentioned it to him before when the home was listed  This was a approximately 11:00 a.m. – 12:00 p.m.

At 5:30 later that day, I was on the phone with him about a different matter, and he casually mentioned.. “Oh, by the way, the carpet installer just left!”  “What?”  I said… “Yeah, I had the carpet stretched and it looks great!”

Wow, I was stunned…I told him I wished I had more clients like him who actually listened to their agent.  After all, we are trying to sell their home at the best possible price and only making suggestions that would be beneficial to them.

I now have experienced the perfect client!!

Any more out there who would care to join this club???

Hi Anthony Acosta - ALLATLANTACONDOS.COM , if only we had more clients like this one!  Have a great day!

Hello Gloria Valvasori,  Always good to see what your blogs are about.  You are almost at 500,000

Hi Will Hamm yes, I'm very diligent and staying engaged with other members... Thank you for re-blogging some of my posts. Much appreciated.!

We have found that the more you focus and appreciate this type of client, the more of these types you will get in your stable.  The more you dish about the impossible ones, the more of those you get...what you resist, persists.  A

Absolutely Ron and Alexandra Seigel , Bring about what you think about!

Good common sense clients are hard to find and make us appreciate when we get one.

Gloria- yes, clients like these can be rare!  But you never know, another one could be right around the corner.

Hi Kathy Streib , they are rare indeed.. I did have another good one who suggested a price reduction before I did!

Good evening William Feela , yes they are rare indeed.. and I do really appreciate them !

Gloria, that was a great Seller, and love it when they take heed on the information we give them!  KUDOS!

Thank you very much for sharing this positive story.

That has me smiling and it is the type of client we all want. Just do it!

Gloria Valvasori, Accredited Senior Agent the smart ones always listen...and this was a smart seller!

Great suggestion Gloria, buyers are looking for ways to offer less on a home.

The stretching of the buckled carpet was an inexpensive solution which more than likely gave a great ROI for the offer on the home.

We all wish for clients that are receptive to simiple fixes like these sellers.

Exactly Debbie Reynolds the small dollare amount it took to fix that paid off in getting a great offer!

Yes, Michelle Finnamore , especially selling a home in this price range.. Buyers expect to find everything jsut about perfect...

Yes, Lisa Von Domek , he didn't listen to me initially, but when he started getting feedback, that prompted him into action.. That's why feedback is so important!

It's always wonderful to find sellers that actually listen to us Gloria Valvasori, Accredited Senior Agent

It is always a pleasure to work with such wonderful clients that actually do listen.

Hi Brigita McKelvie, Associate Broker yes it is indeed.. wish I had more of them!  Have a wonderful day! 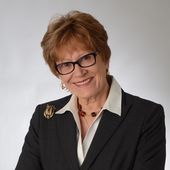