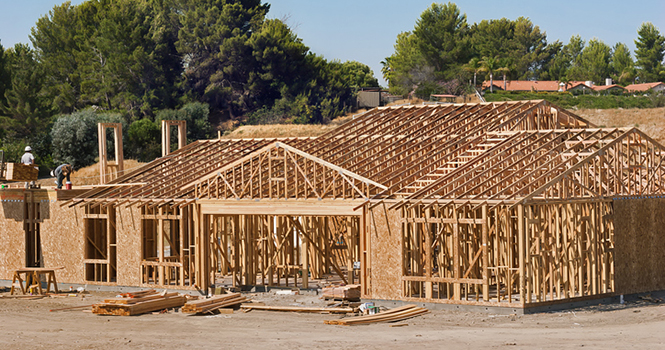 New housing construction blew expectations away this January, with—according to the US Census Bureau and the Department of Housing and Urban Development—home-building up 9.7 percent, with 1,326,000 homes starting construction at the beginning of the year.

Permits also increased in the new year to 1,396,000, up 7.4 percent from December. Completed construction projects in January totals 1,116,000, with single-family completions totaling 850,000 (up 2.2 percent), with completions for units in buildings with five or more units totaling 305,000.

“Terrific news on housing starts in January with a solid 10 percent gain,” said Lawrence Yun, chief economist of the National Association of REALTORS® (NAR), in a statement. “This rise in single-family housing construction will help tame home price growth, and the increase in multi-family units should continue to help slow rent growth. The large gain in housing starts in the West (10.7 percent) is especially welcomed, as that region has been facing acute housing shortages. Ultimately, there is still large room for improvement given the fact overall housing inventory is currently near historic lows.”

This ascent in construction and completion could cause the Federal Reserve to pause rates (it will announce its decision to raise or hold them in March), according to Yun.

“This boost in housing supply not only helps the economy but may also help the Federal Reserve temper the pace of future short-term rate hikes,” Yun said. “That’s because the slow upward creep in the broad consumer price inflation is principally being driven by rising housing costs. Simply put, more housing supply means a lower inflation rate, and potentially a slower pace of interest rate increases by the Fed.”