Hi Everyone!  I took a few hours online today to view the funeral services held this week for the  Evangelist, the Rev. Billy Graham.  I first was introduced to this spiritual and charismatic preacher - by way of TV - in the early 1950's.  On Wednesday, February 21st, at 7:46 am,  he  took his 'first breath in Heaven,'    He was 99 years old.  He was honored by hundreds as he lie in state at the U.S, Capitol rotunda before many  family, friends, people, the President and Vice-President of the U.S., Senators, Congressmen...His funeral services took place before hundreds on the beautiful grounds of the Billy Graham Library and Museum in Charlotte, N.C.   Hundreds attended. It was said that as his body was being transported through the state of North Carolina, many stood in respect - in groups and lines along the way.

Remarkable is that in a life of 99 years, Billy Graham shared his Christian, spiritual philosophy of life and love.  It is said that his message reached over 200 million people (far surpassing any other preacher)  and reached others in more than 185 countries. He was named by Americans as "One of the Ten Most Admired Men in the World'  a record-breaking 59 times with the Gallup poll.  He was friend and spiritual leader to many - people all over the world,   presidents, politicians celebrities, athletes, and global leaders.  He called and led many to a higher, spiritual way of life.

You can read his autobiography, JUST  AS  I  AM, and you probably know that the beautiful and haunting hymn/song itself,  Just As I Am'  was the call to the people to come forward and front  from their seats at all the camp meetings and commit to a higher, spiritual way of life.  His was a beautiful life of humble service:  preaching, teaching, sharing, giving, love and all tucked up with a little humor..  He was honored by thousands this week.  We will miss you Rev. Billy Graham.  I will miss you;  I remember well.   *Note:  His favorite book:  the Bible...  His faorite part:   Jesus is my friend....

"A real Christian is the one who can give his pet parrot to the town gossip."

"The only time my prayers are never answered is on the golf course."

"Quit beating yourself up.  We all live under grace and do the best we can."

"Believers, look up - take courage.  The Angels are nearer than you think."

"My Home is in Heaven.  I'm just traveling through this world...
The moment we take our last breath on earth,
we take our first in heaven."

Thank you for sharing the quotes . Have a good day.

I can relate to the one about the golf course.  Happens to me every-time I tee the golf ball up

Living 99 years is quite an accomplishment in and of itself.  I have never known much about this man.

"They asked her (Ruth Graham, Billy Graham's wife) did you ever think about divorce and she said, 'no.'   'No,  I've never thought of divorce in all these 35 years of marriage.'  But, she said,  'I did think of murder a few times.'"

I can fully understand that one!

Thank you very much, Jane, for sharing your timely selection of quotes. 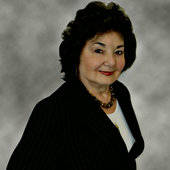