2.  Sammich:  Chicagoese for sandwich.  When made with sausage, it's a sassage sammich; when made with   shredded beef, it's an Italian Beef sammich, a local delicacy consisting of piles of spicy meat in a perilously soggy bun.

3. Da: This article is a key part of Chicago speech, as in 'Da Bears' or 'Da Mare'-- the latter denoting Richard M.  Daley, or Richie, as he's often   called.

4.  Jewel: Not family heirlooms or a tender body region, but a popular name for one of the region's dominant grocery store chains.  'I'm goin' to the Jewels to pick up some sassage.'

6.  Tree: The number between two and four. 'We were lucky dat we only got tree inches of snow DA udder night.'

7.  Over by dere: Translates to 'over by there,' a way of emphasizing a site presumed familiar to the listener.  As in, 'I  got the sassage at the Jewels down on Kedzie, over by dere.'

9.  Frunchroom: As in, 'Get outta DA frunchroom wit dose muddy shoes.' It's not the 'parlor.' It's not the 'living room.' In the land of the bungalow, it's the 'frunchroom,' a named derived, linguists believe, from 'front room.'

11.  Downtown:   Anywhere near The Lake, south of The Zoo (Lincoln Park Zoo) and north of Soldier Field.

12.  The Lake: Lake Michigan (What other lake is there?) It's often used by local weathermen, 'cooler by The Lake ..'

16.  Guys:  Used when addressing two or more people, regardless of each individual's gender.

19. The Taste: The Taste of Chicago Festival, a huge extra vaganza in Grant Park featuring samples of Chicagoland cuisine which takes place each year around the Fourth of July holiday.

21.  Winter and Construction:  Punch line to the joke, 'What are the two seasons in Chicago?'

22. Cuppa Too-Tree:  is Chicagoese for 'a couple, two, three' which really means 'a few.' For example, 'Hey Mike, dere any beerz left in DA cooler over by dere?'  'Yeh, a cuppa too-tree.'

23.  588-2300: Everyone in Chicago knows this commercial jingle and the carpet company you'll get if you call that number -- Empire!

24.  Junk Dror: You will usually find the 'junk drawer' in the kitchen filled to the brim with miscellaneous, but very important, junk.

26.  Expressways: The Interstates in the immediate Chicagoland area are usually known just by their 'name' and not their Interstate number: the Dan Ryan ('DA Ryan'), the Stevenson, the Kennedy (DA 'Kennedy'), the Eisenhower (DA 'Ike'), and the Edens (just 'Edens' but Da Edens' is acceptable).

27. Gym Shoes: The rest of the country may refer to them as sneakers or running shoes but Chicagoans will always call them gym shoes!

I need to rmember these.  My wife wants to take an Amtrak trip to Chicago for a weekend.  These may come in handy.  LOL

Too funny!  I lived in the Chicago suburbs (Schaumburg & Hoffman Estates) for about 5 years in the mid 80's and both of my children were born there.  Some of your Chicago Slang, brought back fond memories of my friends and some of them were out right hilarious.

Use now got tree comment on dishere blog. This is very cool stuff to try to remember if I ever get back to Chcagoland

Haven't been there in a while, but the soda-pop thing I remember!  Do they also say sack instead of bag?

Bill:  Yes bring the list along so that when people say "over by der", you'll know what they mean.

Kevin:  As I caught myself saying "ders da coach" the other night when they were interviewing Mike Ditka with his cigar sticking out of his mouth. Too funny, how some stuff sticks.

Cheryl:  That's where I am, small world.  So you appreciate the humor even though most of it came from the "Sowt Siders".

Da Bronx! Sammich! Use! Some of these fit right in with New Yawk-ese! 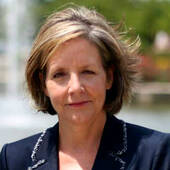