The northwest corner of Danbury,CT is a hidden gem. A great alternative to living in the suburban towns of Danbury, but with the advantages that Danbury has to offer: low taxes, easy access to a diverse number of shopping,dining and convenient to several major commuting options. The area does offer a similar country feeling as the surrounding bedroom communities, with most homes sited on a 1+ acre lots, created with several subdivisions now with mature landscaping. With living in the Northwest corner of Danbury, residents can get favorable pricing at the top rated local golf course, Richter Park as well as access to nearby educational and cultural opportunities at Western Connecticut State University.Two other great things is that commuters may avoid I-84  traffic in Danbury by getting directly over to I-684 in nearby New York State and the annual taxes  tend to never increase as much as the surrounding bedroom towns due to the diverse tax base.

I have found that several of the homes have been updated considerably since the time of construction. There are some antique and pre WWII homes, but an overwhelming number of homes where built in the middle 1960s through late 1980s. There is still some new construction going on, including a few new builds on Judith Drive, Pondview Estates and a couple on King Street.  Even if the home might not feature the most modern interior features, most homes are well maintained and the new buyer can go in and over time update the home to their taste.

Generally speaking, in the current market, most homes are valued between the higher $200,000s to over $1,000,000. For about $500,000, home buyers should expect almost a fully updated 2800 square foot colonial with a partially finished basement built in the late 1970s to middle 1980s.  Also generally speaking,most homes in the King Street area are selling around 97% of the final asking price per smart mls.Subdivisions in the area include Aunt Hack, Tanglewood, King Street, Wintergreen, Stonegate, Deer Park, Grammer School, Saddle Rock, Wedgewood and Kingswood.

If you are looking to invest in owning a home in Northwest Area or need to sell your home, you've come for help with  the right person. I'm Jonathan Hall-a Realtor with William Pitt Sotehby's International Realty in Danbury,CT. A native of Danbury, I have experience with assisting clients with their real estate goals. You can view all current area listings here. Please contact directly at 203-417-0523 or email me. I look foward to hearing from you.

Please note: The pictures below are of listings that have recently sold listings offered by William Pitt Sotheby's International Realty and are not reflective of current offering in the neighborhood. 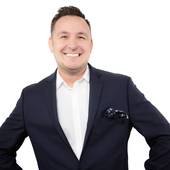